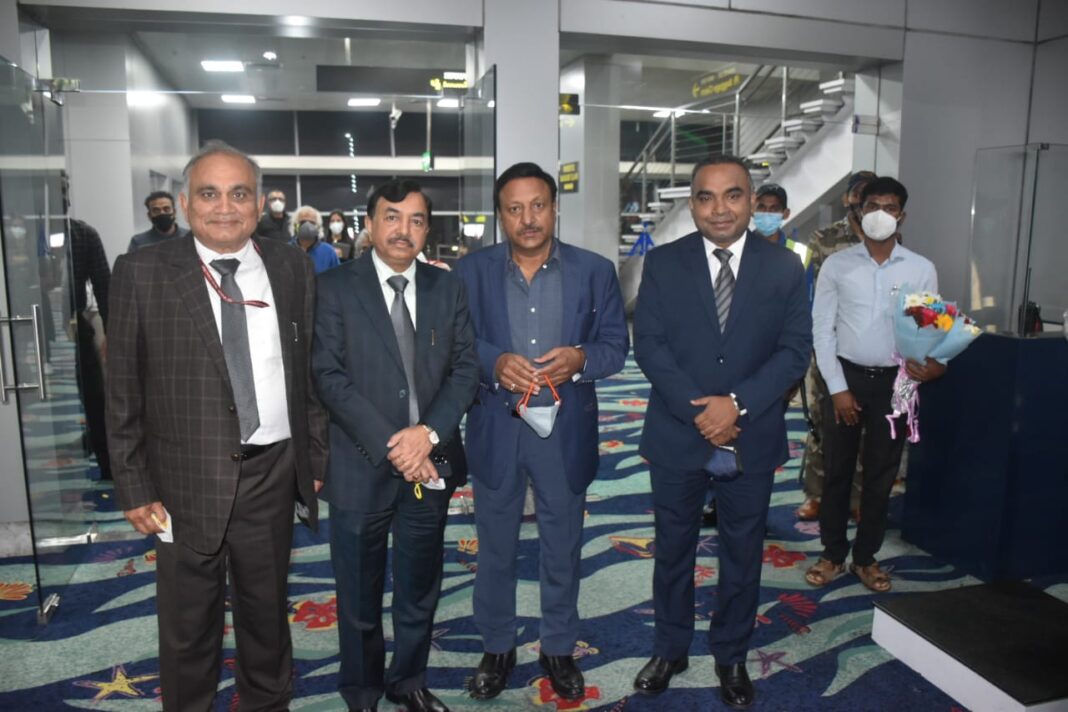 Panaji: Election Commission of India’s team on Monday evening arrived in the coastal state on their visit to see the preparedness of Goa for upcoming assembly polls.

He said that the team will be in Goa till December 22.

He said that on Tuesday, the team will meet representatives of political parties in the state followed by a meeting with Chief Electoral Office of Goa and Police officers.

The CEC will also meet Enforcement Departments, he said adding that the team will meet Election Icons and launch new initiatives ahead of Goa polls. “There will also be meeting with District Electoral Officers and Superintendent of Polices,” he said.

On Wednesday, the team will hold meeting with State Chief Secretary, Director General of Police and State Home Secretary. The commission is scheduled to address a press conference before culminating their visit.