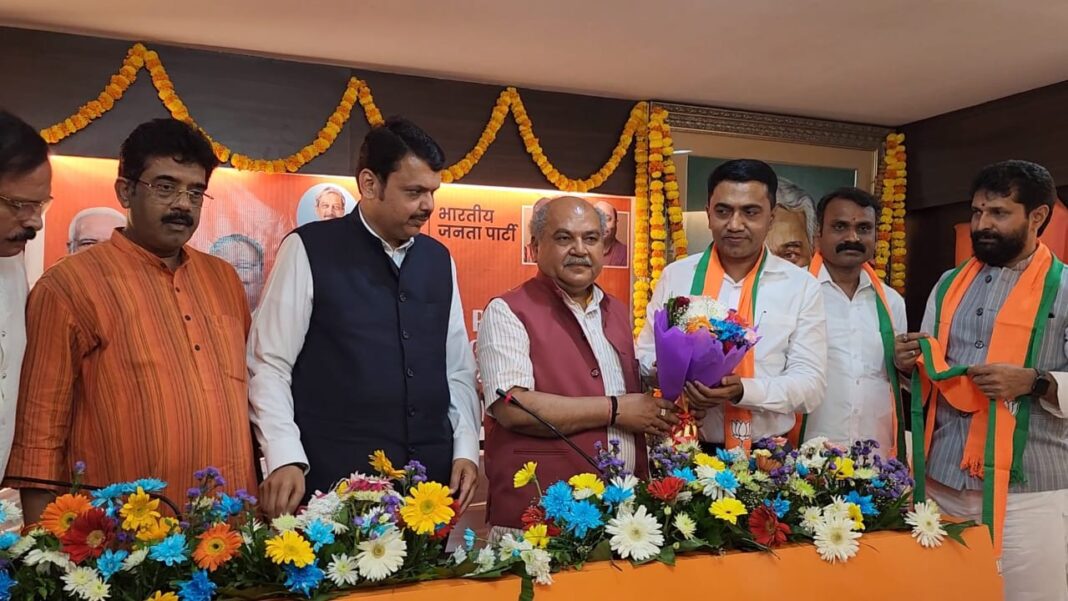 Panaji: Bharatiya Janata party on Monday announced that Dr Pramod Sawant will continue as the next chief minister of the state.

The name of Dr Sawant was cleared after the party’s legislative wing met in Panaji this evening. The meeting was also attended by party’s Observers Narendra Singh Tomar and L Murugan along with election desk incharge Devendra Fadanavis and Party’s Goa president Sadanand Shet Tanavade.

“It has been decided that Dr Pramod Sawant would be head of the House,” Tomar told reporters.

Tomar said that MLA Vishwajit Rane had proposed name of Sawant as the chief minister. His proposal was seconded by other MLAs including Mauvin Godinho, Rohan Khaunte and others.

The BJP leader said that the selection was done unanimously.

He said that the party will now stake claim to form the next government in Goa.