Differences within BJP over accepting support of MGP 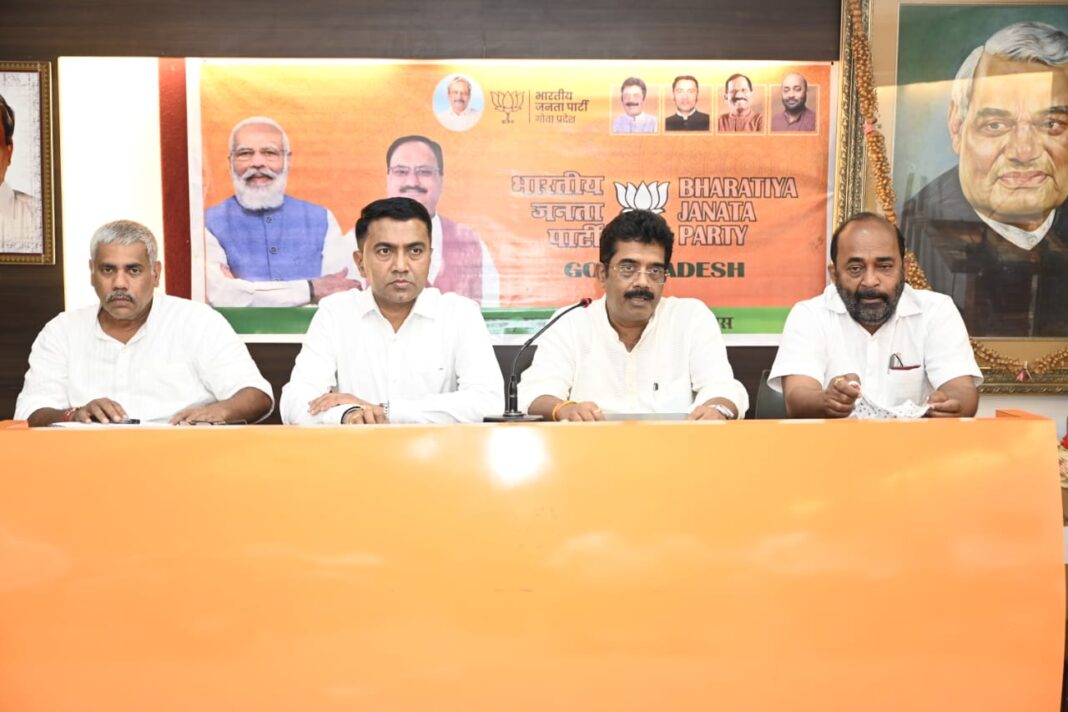 Panaji: With differences simmering within the BJP in accepting the support of Maharashtrawadi Gomantak Party, State Party President Sadanand Shet Tanavade on Friday said that the decision will rest on the High Command.

Tanavade said that he would not like to react on the offer given by MGP to support BJP to form the next government.

Sources in the party confirmed that some of the elected candidates including Ravi Naik (Ponda), Govind Gaude (Priol) and Mauvin Godinho (Dabolim) have their strong objection to including MGP in the next government.

MGP had contested the recently held Goa Legislative Assembly election in alliance with the Trinamool Congress Party. But had offered support to BJP after MGP-TMC failed to garner majority. Two candidates of MGP won the election.

Even without MGP, the BJP is in comfortable majority in the House with three Independents offering their support to the party.

Speaking to reporters after holding meeting of the defeated BJP candidates in Panaji, Tanavade said that the party took stock of the situation in the respective constituencies.

Tanavade said that all the candidates who lost the election explained reasons behind their defeat. He said that the candidates have decided to work for the party with the renewed vigour in their respective constituencies.

Chief minister Pramod Sawant, talking to reporters after the meeting, said that all the defeated candidates will continue working for the party.