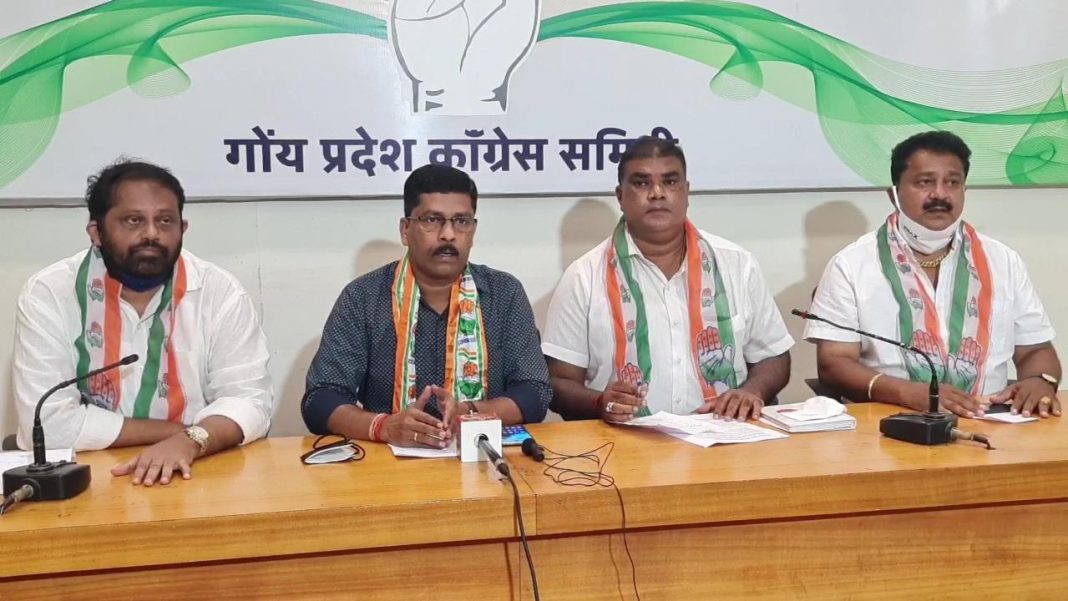 CORLIM ZP CANDIDATE VISHAL VOLVOIKAR
Panaji- The opposition to the Bainguinim Garbage treatment plant by the Union Minister and North Goa MP Shripad Naik is nothing but a Jumla to create a fake feeling in the minds of the Zilla Panchayat voters of Cumbarjua Constituency to facilitate the victory of his son Siddhesh Naik. I challenge the Union Minister for Ayush Shripad Naik to walk the talk and compel the Chief Minister Dr. Pramod Sawant to scrap the said project before Zilla Panchayat Elections. I will withdraw my candidature as Zilla Panchayat Candidate from Corlim constituency stated Cumbharjua Block Congress President and ZP Candidate Vishal Volvoikar in a press conference held at Congress House today.

People elect representatives to be the voice of their problems . It is the duty of every individual who comes into politics to ensure that he resolves the issues concerning the common man. The scrapping of Bainguinim Garbage Plant is a long standing demand for which we are fighting since 2003. I have actively participated in all the agitation opposing the said plant which will destroy the sanctity of the sacred Basilica Bom Jesus and Narendra Swami Math which are in the close vicinity of the proposed plant. If the Union Minister Shripad Naik gets the project scrapped , my commitment to my voters will get fulfilled. I will immediately withdraw my candidature from the fray of ZP Election stated Vishal Volvoikar.

Recalling the fight against the Garbage menace caused to the residents of St. Cruz Constituency and surrounding areas by his mother late Victoria Fernandes alias Mami, the Congress leader Rudolf Fernandes charged the BJP Government of doing corruption on Waste Management and said that the BJP Government completely failed to bring a convincing technology which would treat the garbage effectively .

I want to remind the Union Minister Shripad Naik that he was not seen during any of the agitation against the Baiguinim plant. My mother did day and night monitoring on the Kadamba Plateau as well as Curca when people started dumping the garbage and the same remained untreated for months together. The surrounding areas including the low lying Chimbel was badly affected with the well getting contaminated. I am surprised that Union Minister Shripad Naik woke up from the slumber now said Rudolf Fernandes.

Former Chief Minister late Manohar Parrikar made a big propaganda of the Saligao Garbage Treatment Plant by creating an impression in the minds of people across Goa that the entire garbage from the State will be treated there. Unfortunately , the said plant has turned out to be a failure with the local facing problem of bad stink and piles of garbage accumulated in the compound of the said plant.

The BJP Government appointed contractors for highway garbage cleaning as well as the beach cleaning . Both these contract have turned out to be big scams with crores of rupees spent and no monitoring done of the work carried out by the contractor . The BJP Government is making fortunes from the garbage charged Rudolf Fernandes.

St. Andre Block President Tony Fernandes demanded that Government must not go against the peoples sentiments and scrap the project.