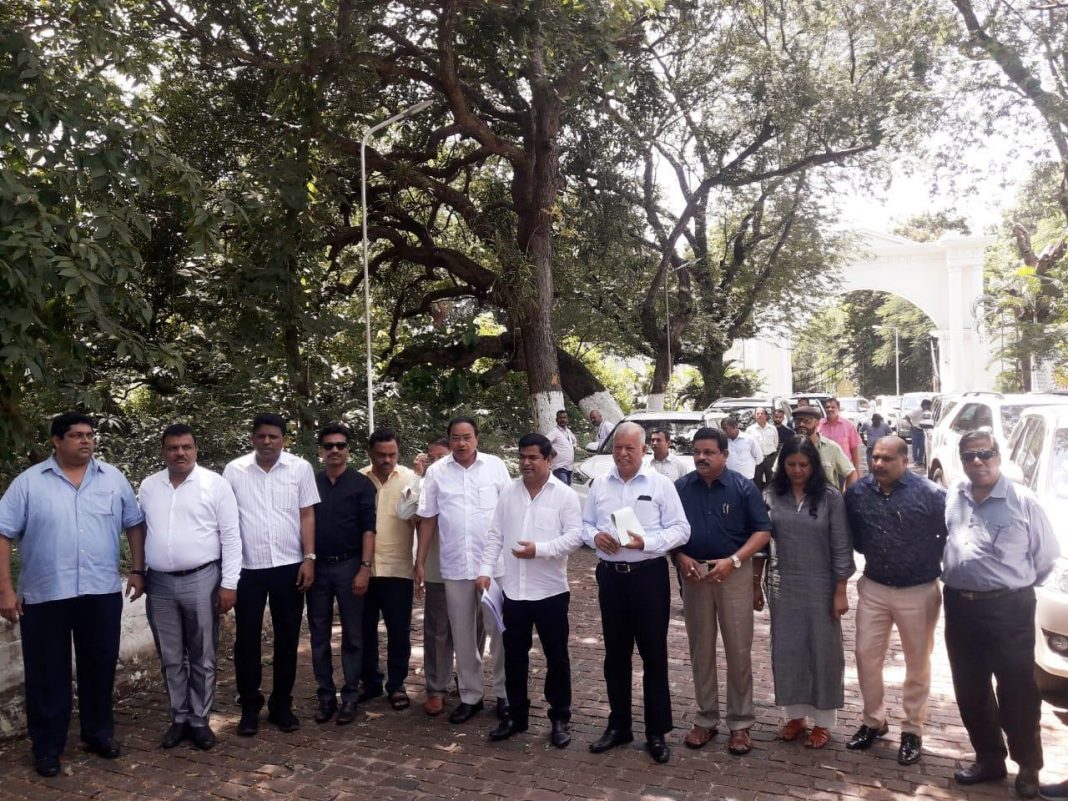 Panaji:  Congress party today submitted a memorandum to State Governor urging her not to dissolve the State Legislative Assembly and instead invite them to form the government.

All the 16 Goa legislators of Congress led by Leader of Opposition Chandrakant Kavlekar went to Raj Bhavan but could not meet the Governor as she is out of the State.

The party has urged Governor not to consider any attempt to dissolve the State Legislative Assembly, which is a possibility considering internal fighting between the ruling alliance and sickness of Parrikar, Kavlekar said.

He said Congress has support of legislators from other parties and can form the government, if given a chance by Governor. “We will prove our majority on the floor of the House,” he said.

Congress is currently having 16 legislators while BJP has 14, three each from Goa Forward Party, MGP and Independents and one is from Nationalist Congress Party.

Previous articleWhere there is power, there is Babu, admits Manohar Ajgaonkar
Next articleLokayukta to hear disproportionate assets case against power Minister Pandurang Madkaikar