Congress is getting battle ready in Goa for next elections: Chidambaram 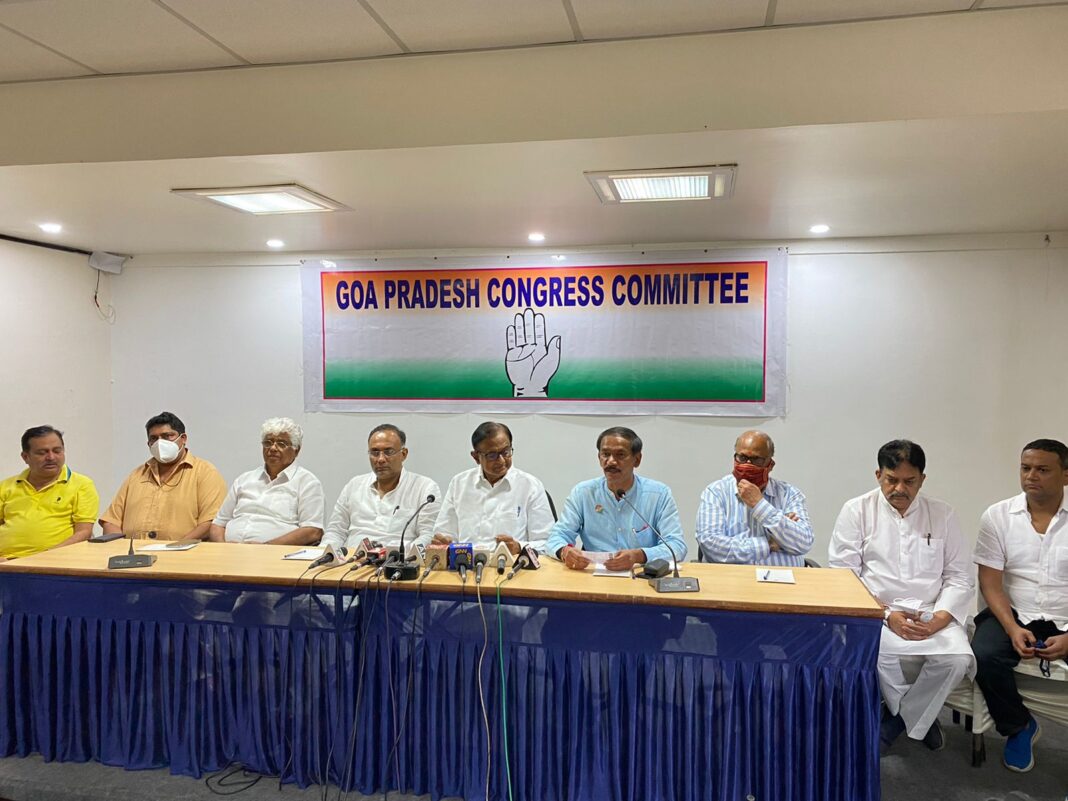 Panaji: All India Congress Committee Goa incharge for elections P Chidambaram on Thursday said that the party is getting “battle’-ready” in all the 40 constituencies for upcoming Goa Legislative Assembly election, scheduled in February next year.

Addressing a press conference, Chidambaram also said that the decision to align with the like-minded parties for the Goa elections would be taken at appropriate time.

The former union minister said that the party is getting battle ready for the Goa Legislative Assembly election scheduled next year. “Initial assessment is that the political atmosphere is extremely favourable for Congress in all the constituencies. There are indications that there will be change in government and new government will be led by Congress party,” he said.

Chidambaram said that “it is expectation of the people of Goa that there should be change in government, and the Congress party will not disappointment them.”

He said that the party will field set of candidates who are “loyal, faithful to ideology of the party, hardworking and ready to serve the interest of the people of Goa.”

When asked about change in leadership by replacing Goa Pradesh Congress Committee President Girish Chodankar with another leader, Chidambaram commented “I am not here to replace anyone. Such organizational matters are discussed and decided at the appropriate time.”

Chidambaram also maintained silence on whether chief ministerial candidate would be announced in advance. He said that the battle of congress would be fought by 40 commanders in all the 40 constituencies.

The congress leader said that the tickets for the candidates will not be announced “months in advance” but it will be done wherein the candidate gets enough time to campaign in his constituency.