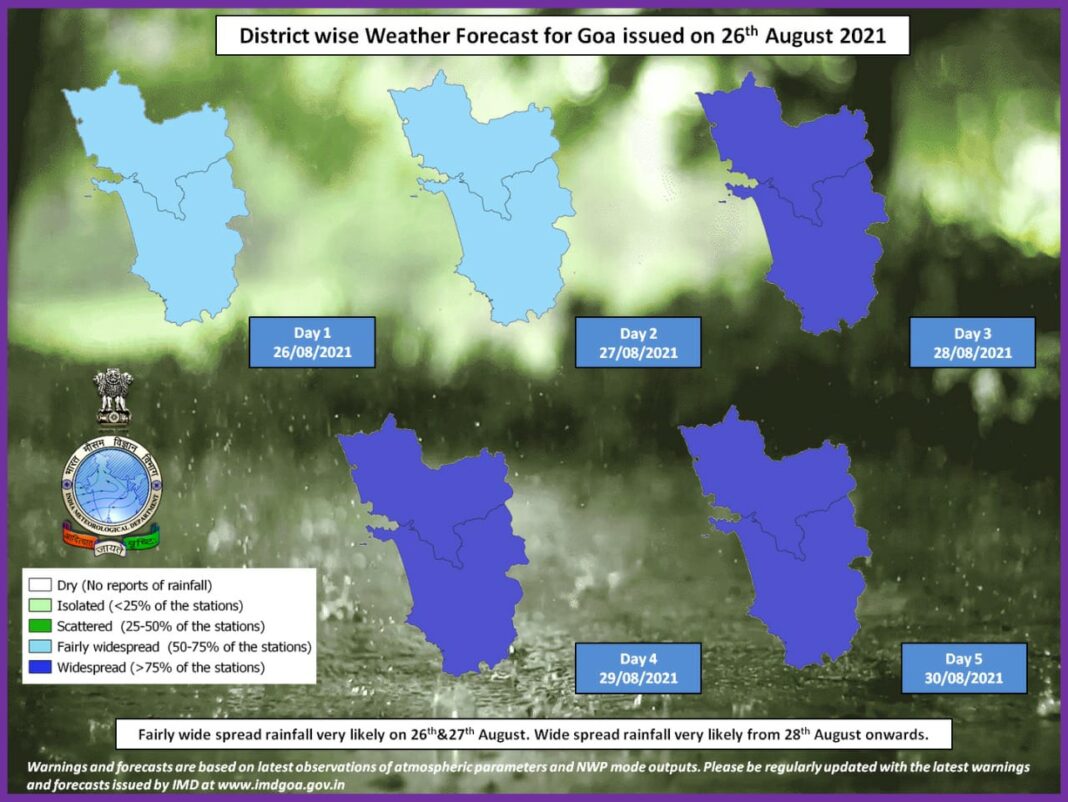 Panaji : India Meteorological Department (IMD)  Goa has informed that as of 26th August, an off­shore trough at mean sea level runs from Karnataka coast to Kerala coast, and a cyclonic circulation lies over Southeast Arabian sea off north Kerala coast extending up to 1.5 km above mean sea level. Light to moderate rain to continue over districts of Goa with fairly widespread to widespread distribution in coming days.
The moisture inflow from the above weather systems and thermodynamic properties of the atmosphere are likely to help the formation of light to moderate thunderstorm clouds. Rain accompanied by thunder/lightning is very likely at isolated places over North Goa and South Goa on 26th August.
IMD Goa also informed that at 3:15 PM clouds were approaching towards the talukas of Mormugao, Toswadi and Salcette and the clouds were generally moving in the east direction.
- Advertisement -