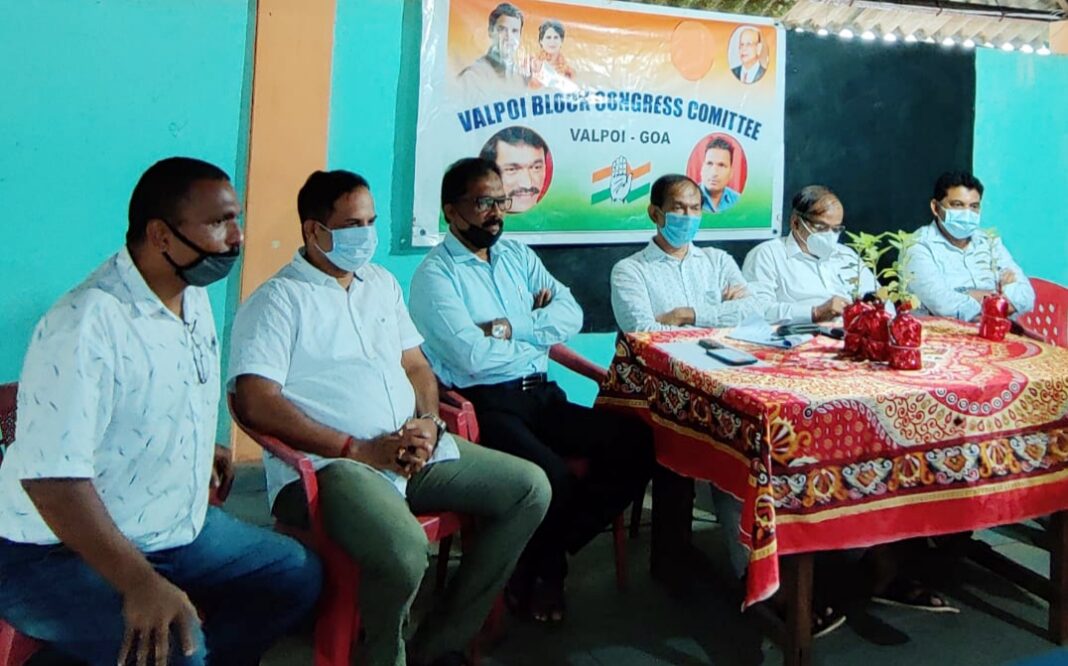 Sattari:The Goa Pradesh Congress Committee President Girish Chodankar held a special meeting with the Valpoi Congress Block Committee. The meeting was held fruitfully and in the meeting the GPCC president Girish Chodankar appealed to the congress workers to work hard against the Valpoi sitting MLA Vishwajit Rane to defeat him in the upcoming Assembly poll in 2022.
The meeting was held in Valpoi town with the Valpoi Congress Block committee members and along with the  congress senior workers from Valpoi constituency. In this meeting, the local media persons were not allowed, as it was the Goa congress secret and special meeting on upcoming Goa Assembly Elections to make the elections strategy and to decide the Candidate for the Valpoi Constituency. Say sources.

While addressing the block committee members and congress workers, The GPCC president Girish Chodankar had said that this time we will declare the candidate name for Valpoi Constituency very early, the party will not make the same mistake again, in declaring the candidates names for upcoming polls. And further he said that, this time the congress ticket for Valpoi Constituency will get only for Valpoi local, said Girish Chodankar.

The sources said that the Valpoi Congress Block committee President Dashrath Manjrekar and the Social worker and congress member, Ranjitsing Rane are the front runners in getting the congress ticket in Valpoi constituency. Both these congress members are from Valpoi and both are working very hard for the congress party in Valpoi at grass root level.