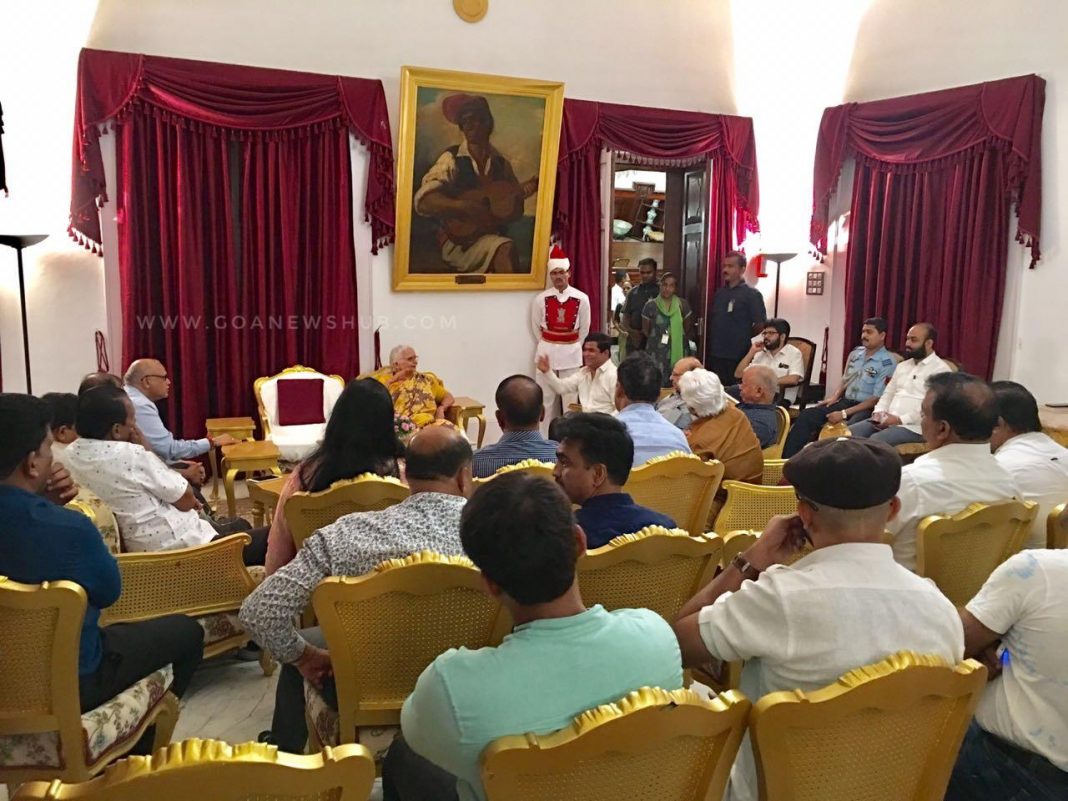 Panaji:  The Congress party in Goa Tuesday demanded that the Governor Mridula Sinha should ask Manohar Parrikar-led government to have floor test so as to prove their majority on the floor of the House.

The legislators led by Leader of Opposition Chandrakant Kavlekar met Governor at Raj Bhavan on Tuesday evening demanding that she should summon one-day-long session to have a floor test.

“Let the State government prove on the floor that they have majority number or else we can show that we have more legislators than them,” Kavlekar told reporters.

Congress Legislature Party in Goa had submitted memorandum to Governor’s office on Monday but could not meet Governor as she was out of station.

The Congress legislators also urged Governor not to allow BJP-led government to dissolve the House. “We don’t want another election within one and half years. If current coalition can’t run the government, then we are ready to take over,” Kavlekar said adding that Congress is the single largest party in the House.

Previous articleDhavalikar busy vying for CM’s chair as Mapusa celebrates dry Ganesh Chaturthi
Next articleCongress claims they have 21 MLAs with them, tight lipped on MGP