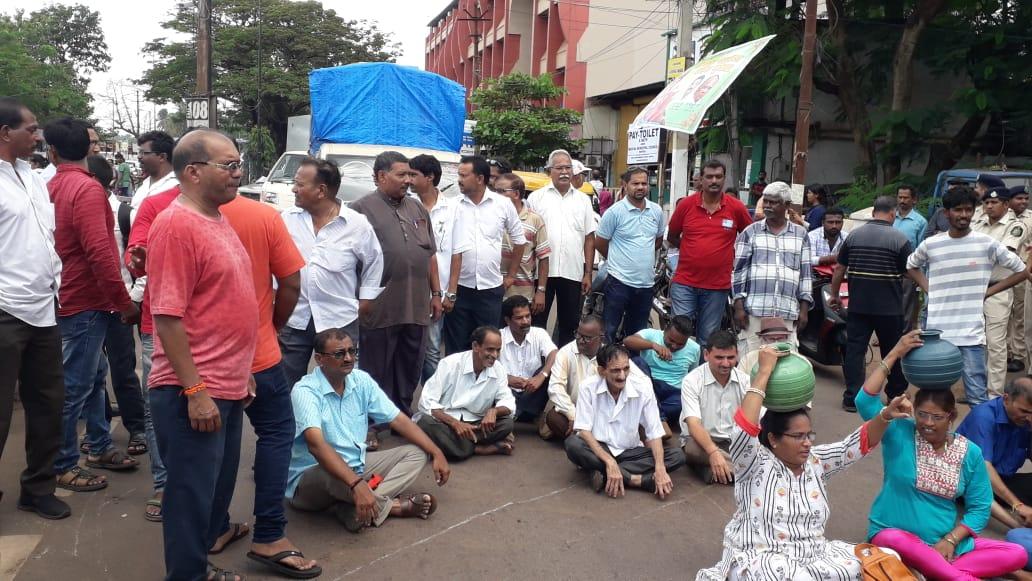 Mapusa: Even as MGP leader and Public Works Department Minister Sudin Dhavalikar is pleading to be the next chief minister, the people in Mapusa have their taps running dry during Ganesh Chaturthi days.

The residents today took on the streets condemning PWD and its minister Sudin Dhavalikar as they have to buy the water from tankers during Ganesh Chaturthi.

Congress spokesman Amarnath Panjikar said that the PWD engineers have failed to give satisfactory reply on the water shortage. He said that it is shameful that people have to struggle to get water even during Ganesh Chaturthi days.

The local residents say that they were provided with the water through tanker by local councilors but that was not enough.

“When we tried to contact minister, his cell phone is already off. He can’t handle PWD properly how will be manage entire State?,” a local questioned.

They said that Dhavalikar should resign from the ministry and hand over the portfolio to someone capable like Manohar Ajgaonkar from his own party.