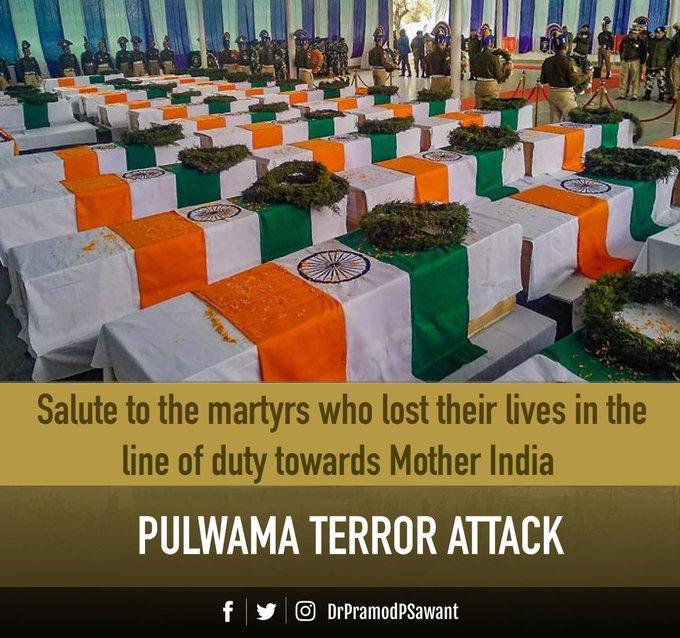 Panaji: Chief Minister Pramod Sawant on Sunday paid tributes to the martyrs who lost their lives in Pulwama Terror Attack.

Sawant tweeted “My salute to the martyrs who lost their lives in the line of duty towards Mother India, during the Pulwama Terror Attack.”

The Pulwama attack occurred on February 14, 2019 when a convoy of vehicles carrying Indian Security personnel on the Jammu-Srinagar National Highway was attacked by a vehicle borne suicide bomber in the Pulwama district.

The CM tweeted “Humble tributes to Late Smt Sushma Swaraj ji on her birth anniversary today. Her dedication, commitment and immense contribution for the development of India is unparalleled.”