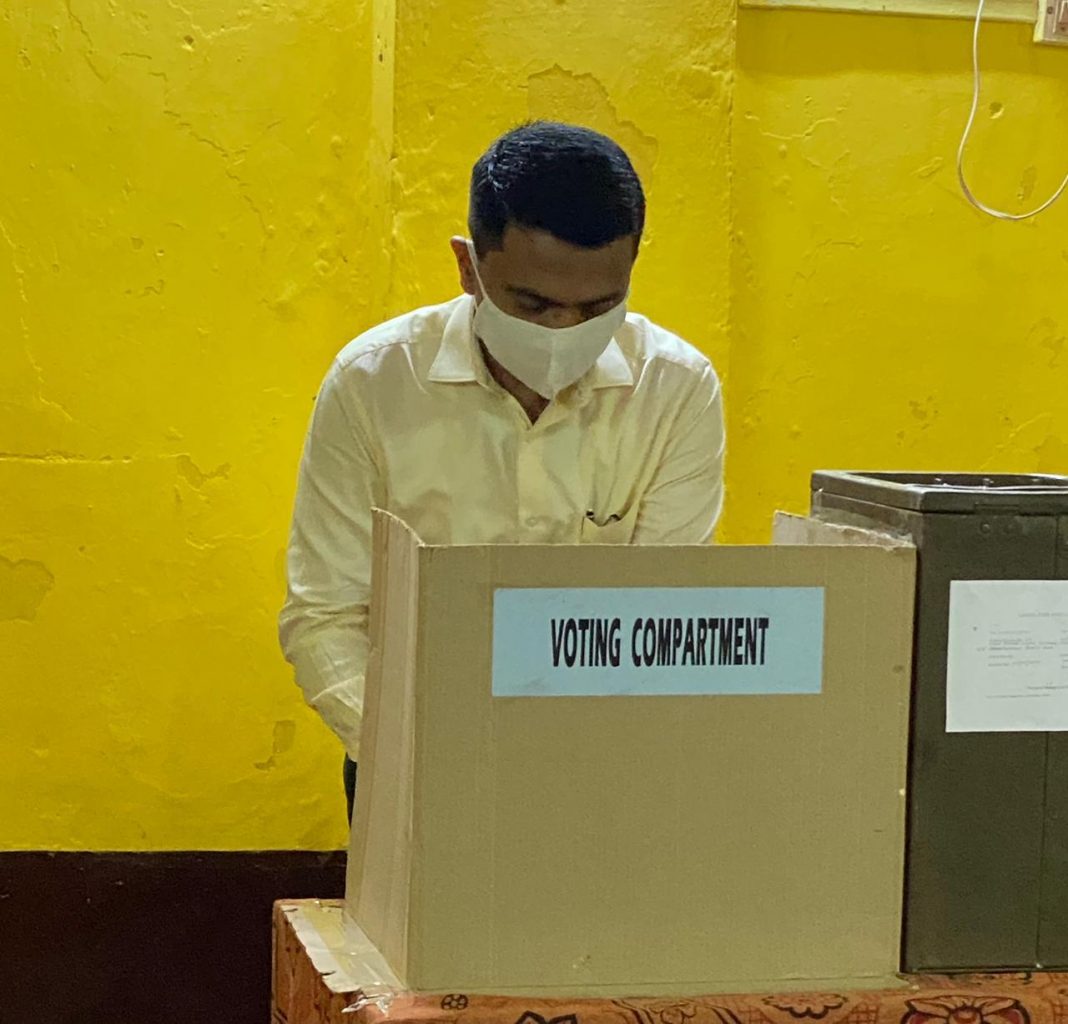 Sawant accompanied by his wife Sulakshana voted at Kothambi, Pale polling booth at around 9 a.m. amidst the huge media presence. The chief minister later drove to his constituency to oversee the voting process.

Union Minister Shripad Naik accompanied by his wife and sons, including Siddhesh Naik, who is contesting from Cumbharjua constituency, voted at the polling booth near his house at Ribandar.

Goving Gaude voted at Bandora polling booth and was amongst the early voters.

Porvorim MLA Rohan Khaunte accompanied by his wife and mother voted at a booth for Succorro ZP constituency.

Previous articlePolling for 48 constituencies of ZP begins, early voters queue up outside the booths
Next articleVote in ZP election to drive Goa’s rural development: CM