Celebrations to kick off on Jan 31 for #Goa2020 National Games 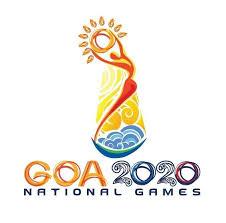 PANAJI:   The National Games Organising Committee (NGOC) will kick off celebrations announcing the official launch of the 36th edition of the National Games of India on January 31, 2020 at the GTDC Roof Top, Patto, Panaji.

Shri. Kiren Rijiju, Hon’ble Union Minister of State (I/c) Youth Affairs and Sports will be the chief guest for the event. Wrestler Sushil Kumar, two time Olympic medalist along with India’s first and only World Champion in Athletics Anju Bobby George shall also grace the occasion as guests of honour.

The official mascot for the Games will be making its grand entry and will be the main attraction for the Games over the next nine months.

To be announced in much fanfare, the National Games curtain raiser shall be held in a three hour cultural programme that will see performances by renowned Goan artists and would be hosted by popular television celebrity Ms Anusha Dandekar.

Commenting on the launch event, Dr. Pramod Sawant, Hon’ble Chief Minister of Goa and Chairman of the National Games Organising Committee (NGOC) said, “After hosting international sporting events like the Lusofonia Games and FIFA U-17 World Cup, Goa has emerged as one of the top sporting states in India. We are now all set to host the 36th National Games of India in October 2020 and to herald the beginning of the event, the official announcement has been scheduled on January 31. A series of promotional activities and spectator engagement initiatives have been planned over the ensuing nine months and we are keen to bring many more such sports events in Goa in the future.”

Secretary (Sports) and CEO NGOC, Shri J. Ashok Kumar (IAS) said, “This is a great opportunity for us to showcase the culture and heritage of Goa before the entire nation. Goa known as a popular tourist destination will soon be synonymous to an international sports destination. We aim to capitalize on Goa’s scenic beauty to attract sports lovers to visit the state and experience a world-class sporting event. Goa shall pave the way for redefining sports events in the country.”

#Goa2020 Games will witness over 12,000 participants from all States and Union Territories vying for top honours in 37 different disciplines.

The National Games of India is the premier multi-discipline sporting event held in the country. The State government has created a state-of-the-art infrastructure for this national sporting event. Recently, five indoor stadiums were inaugurated at Navelim, Sawalwada, Fatorda, Ponda, and Campal on a single day.