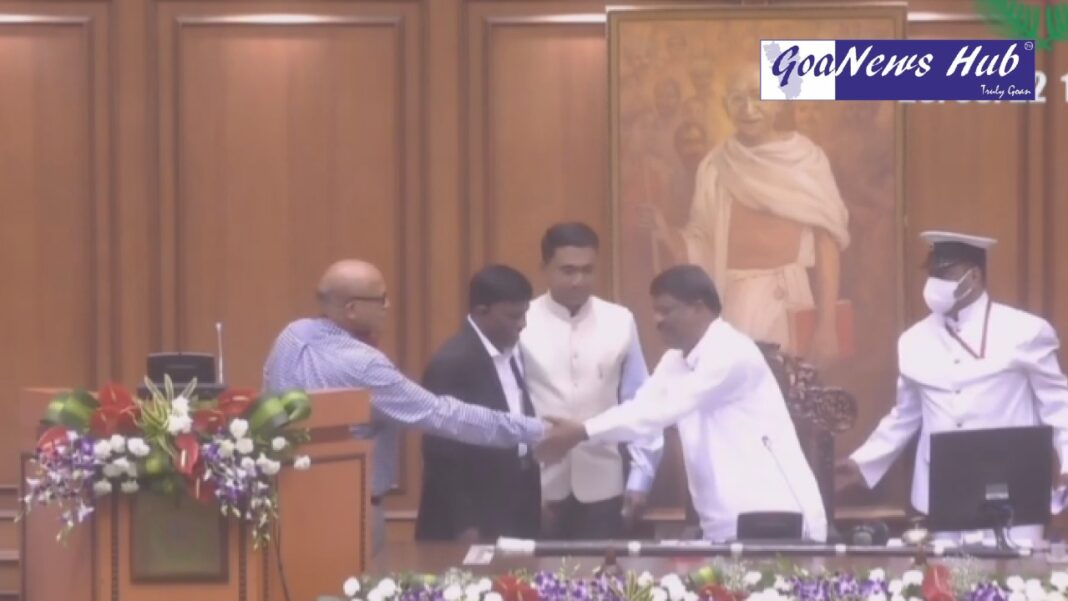 When the Assembly session began on Tuesday, Pro-tem Speaker Ganesh Gaonkar moved the motion on the election for the Speaker. BJP-led group had fielded Tawadkar for the post of Speaker while opposition benches had fielded Aleixo Sequeira for the post.

Tawadkar won with the majority votes on the floor of the House defeating Sequeira.

Chief Minister Pramod Sawant and senior member of the House Digambar Kamat escorted the newly elected Speaker to the seat.