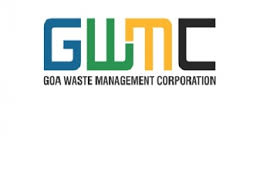 Panaji: The suspicious Biomethanation project of the Goa Waste Management Corporation (GWMC) at Sonsoddo may face a legal issue with Shadow Council for Margao (SCM) questioning the legality and validity of the Standing Committee resolution of the Council dated October 14, 2020.
In a formal complaint to the Chief Officer Agnelo Fernandes, the Shadow Council members lead by convener Savio Coutinho stated that the Standing Committee resolution stands invalid as the committee has no powers to decide on the proposal costing more than Rs 43 crores.
“The Biomethanation project should have been a subject matter for the Council to decide and not the Standing Committee,” Coutinho stated. “Even the discussion on the proposal at  the Council meeting dated October 22, 2020 was for the confirmation of an invalid resolution of the Standing Committee,” he added.
The SCM requested the Chief Officer to refrain from processing the proposal of the GWMC on the basis of the Standing Committee resolution no 3636, as it was illegal and invalid. The delegation compromising of SCM Convener  Savio Coutinho, Arch Carlos Gracias, Flory De Melo, Domnic Coutinho, Sameer Gaonkar and Zaved Shaik warned that any attempt to bulldoze through, the double priced Bio Methanation project of the GWMC, shall compel them to take legal remedy to safeguard the funds of the public exchequer.
“The GWMC and the Council tried it’s best to misguide the public by stating initially that the extra cost was on account of costs for construction of sheds and retaining wall, when the fact is that these items were estimated separately. Subsequently they stated that the extra cost was attributable to the 5 years operations and maintenance costs, which also happened to be included in the Goa State Urban Development Agency (GSUDA) proposal of Rs 2.29 crore. So far as the Council and the GWMC doesn’t provide proper justification over the double price of their scheme, we can not permit them to touch the Council funds,” Coutinho concluded.
- Advertisement -