Bhumiputra bill nothing but an election gimmick 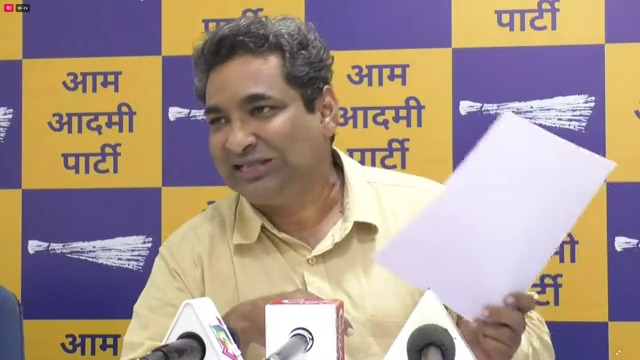 The BJP in the Goa Assembly has hurriedly passed the Bhumiputra bill that will be the death knell for Goans and will allow their MLAs to indulge in wholesale land grabbing.  Instead of being called Bhumiputra Bill this bill should be called MLA-Putra Bill! All this bill will do is empower MLAs to become more powerful land mafias in Goa.  This bill was hurriedly passed in the Assembly session with no discussion was carried out! Infact the BJP has purposely drafted this bill so poorly so that it will be stuck in court forever. The only reason the BJP has passed it is because it knows it’s on a very loose wicket this election and will lose. This bill purposely ignores Goenkars and their rights! This bill is a pure election gimmick by the BJP.

The bill is a cruel joke on the people of Goa. As Goa marks 60th year of liberation the BJP govt  and Sawant have only insulted Goans and the freedom fighters of Goa. First, the BJP curtailed the all important monsoon session from it’s usual for 3-4 weeks to just 3 days! Then they forced in this short time period a number of bills, including important legislation’s like Bhumiputra Adhikarini Bill 2021 without any discussion or debate. No stakeholders were spoken to and neither was public opinion on this matter sought.
It is important to remember that the current Government was formed against the mandate given by the people of Goa in the last Assembly elections of 2017, and the ruling Bharatiya Janata Party continued to indulge in poaching of opposition MLAs to strengthen its illegitimate authority. On top of this they passed such an important bill in such haste!
Was this so that the Govt can dangle a carrot to the voters after they have colossally failed on all counts during the last 5 years? Goans who have been here for years and even before 1960 and still havent got rights to their land inspite of BJP promising it repeatedly. Are they not Bhumiputras according to Sawant?

There are thousands of cases of the Mundkar act and Tenancy act pending in the courts and these legislations have not had the desired effect at all to grant the benefits to the Bahujan and other weaker sections of the society. Are these realities to be ignored by Goans? What has the Sawant Sarkar done to ensure these Goenkars get their rights? Are they not Bhumiputras according to BJP?

This MLA-putra bill has been designed so that MLAs & their cronies can profit out of the lands of Goenkars. The Govt is well aware that nothing in this bill will pass legal scrutiny & in essence what will happen is that no person from the weaker sections of society will ever be able to fight the court cases that will come out of this bill, this will result in MLAs buying these lands and becoming the new landlords of Goa.  The real intention of Bhumiputra Adhikarni Bill is only to benefit a few people who are cronies of ministers and MLAs and this bill should actually be called Bhumiputra Vishwasgath bill!

“For years Goenkars have been waiting for their land and now BJP passes this law that will only empower their MLAs. This is nothing but an election gimmick by the BJP” said AAP Goa Convenor Rahul Mhambre “The BJP has promised Goans Land rights repeatedly but has always run away from it. Are Goans not Bhumiputras?” added Mhambre “People are still running around in courts for their land rights. This bill will complicate the court procedures till poor Goans like tenant farmers get financially exhausted. Finally it will be MLAs who will buy out all these lands and become landlords” state Rahul Mhambre