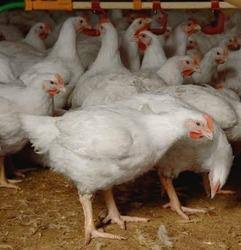 Panaji: Goa is finally getting the chicken supply from Maharashtra but the continued ban on imports from Karnataka has resulted in people buying the meat at higher prices.

All Goa Poultry Owners’ Association, an apex body representing the trade, has welcomed the decision to lift the ban, but has said that the imports from Karnataka should also be allowed.

“The sale is not getting normalized at the pace which it should have been. The chicken is also sold at higher price, pinching the pockets of customers,” said Jaikrishna Naik, President, All Goa Poultry Owners’ Association.

He said that the prices will be normalized only after the ban on Karnataka is lifted. “The prices are co-related to demand and supply in the state,” he said.

Naik said that on an average 1.20 lakh kilogram of chicken was consumed in the state before the lockdown.

“The sale has come down to almost 30 per cent of what it was. The restaurants are closed which has impacted the sale,” he said.

“But slowly, the market is getting stabilized due to which the demand of chicken will increase and supplies would be dried up, if Karnataka is not opened up,” he said.

Sawant-led government had banned the import of chicken from Karnataka after certain areas of the neighbouring state witnessed instances of Bird Flu.

A senior official from State Animal Husbandry department said that the state government has been monitoring the situation in Karnataka.

“As and when, it would be felt that it is safe to allow the imports from Karnataka, they will resume,” he said.

“Chicken sales fall back due to the reduced consumption of chicken by the consumers. The fake rumors which widespread all social media that eating chicken can lead to COVID 19 transmission, which lead to shifting of consumers from non vegetarian diet to vegetarian diet with the fear of getting corona infection,” said Krishna Chandra Sahoo, Global Product Manager, Vetphage Pharmaceuticals.

He said that after a lot of awareness by government and non-government agencies, poultry businesses are  putting a lot of effort to spread awareness that COVID-19  does not get transmitted by eating chicken, rather eating chicken helps to build immunity which in turn helps to provide protection against virus.