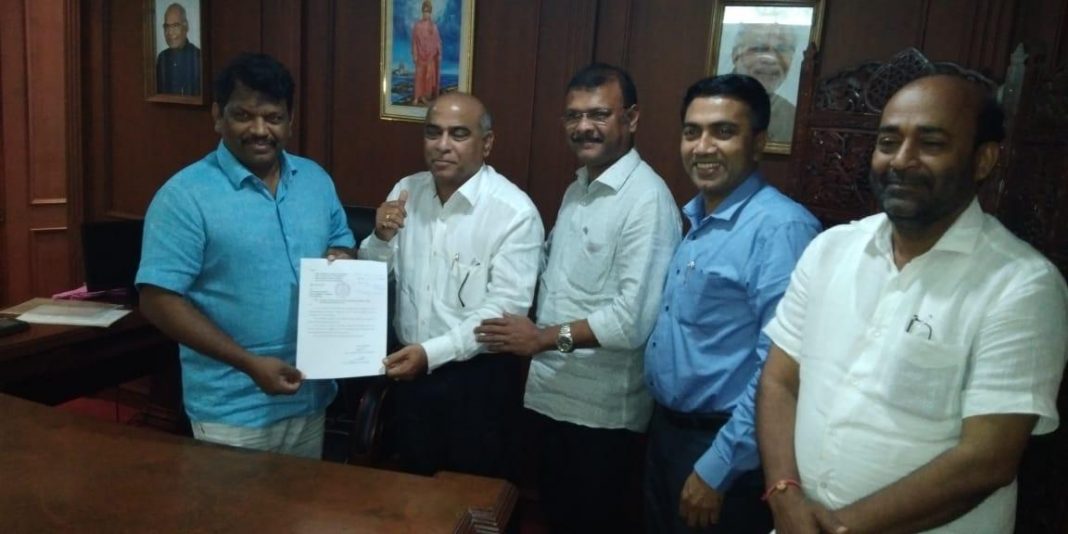 Porvorim: In a late night political development, two out of three MLAs from Maharashtrawadi Gomantak Party merged their legislative party into BJP.

Third MLA – Sudin Dhavalikar – has not signed the letter.

Lobo told PTI that he has received letter from both the MLAs merging the party into BJP at 1.45 a.m.

In absence of full time Speaker due to resignation of Pramod Sawant, who was sworn in as Chief Minister, Lobo is officiating on the chair.

With the support of two, the number of BJP MLAs in 36-seat Goa Legislative Assembly has gone up to 14.

Lobo said that both the MLAs have signed the letter merging MGP legislative wing into BJP.

As two out of three MLAs have merged the legislative wing, they are saved from inviting anti-defection law, which makes it mandatory that two-third of the strength should agree for merger.

MGP is an ally of BJP in Pramod Sawant led government with all the three MLAs supporting the Chief Minister along with legislators from Goa Forward Party and Independents.

Sawant who faced floor test last week after the demise on Manohar Parrikar was supported by 20 MLAs as against 15 from opposition.

Previous articleCEO directs political parties to make polls Eco-friendly
Next articleSudin Dhavalikar to be dropped from cabinet, Pawaskar to be sworn in