Attempt on life of Lavoo Mamledar at Porvorim 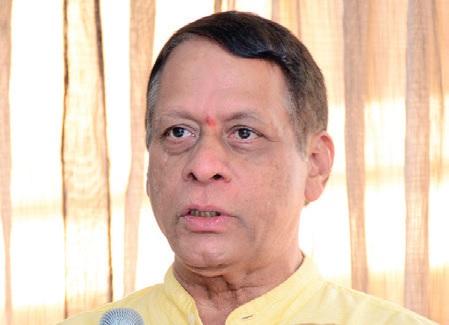 Porvorim: Former policemen and expelled GS of Maharahstrawadi Gomantak Party Lavoo Mamledar has filed a formal police complaint claiming that he was attempted to be killed by hitting him with a car.

Mamledar, in his complaint, has accused former PWD Minister Sudin Dhavalikar as a mastermind behind this attack, which happened on Sunday morning.

The former Ponda MLA had gone for a morning walk when white colour swift car tried to dash against him. “I was saved as I managed to jump,” said the former deputy superintendent of police.

Mamledar has said that he was being targeted because he had exposed the illegalities of Dhavalikar brothers and their trust. Porvorim police have filed an offence against unknown person.