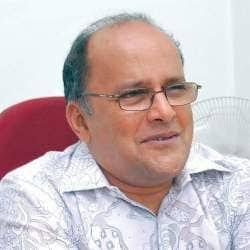 The criminal trial of Shreha Dhargalkar and three others charge-sheeted for having on 27th November 2017 trespassed into the Ribandar office of Adv. Aires Rodrigues commenced today before Panaji Chief Judicial Magistrate Ram Prabhudessai. The Court had earlier framed charges against the four accused. The Prosecution today examined one witness and the trial will continue on 6th March.

Shreha Dhargalkar, Swapnil Dhargalkar, Subodh Halarnkar and Ravi Matkar have been charge sheeted by the Crime Branch under Sections 452,341,506,336 and 323 read with Section 34 of the Indian Penal Code for having with common intention trespassed into the office of Adv. Aires Rodrigues and assaulting him. The F.I.R against the four accused was registered at the Old Goa Police Station and later transferred to the Crime Branch for further investigation.

In the 190 page charge sheet the Crime Branch has cited 18 witnesses including then Fisheries Minister Vinod Paliencar. If convicted the accused could face up to seven years imprisonment.