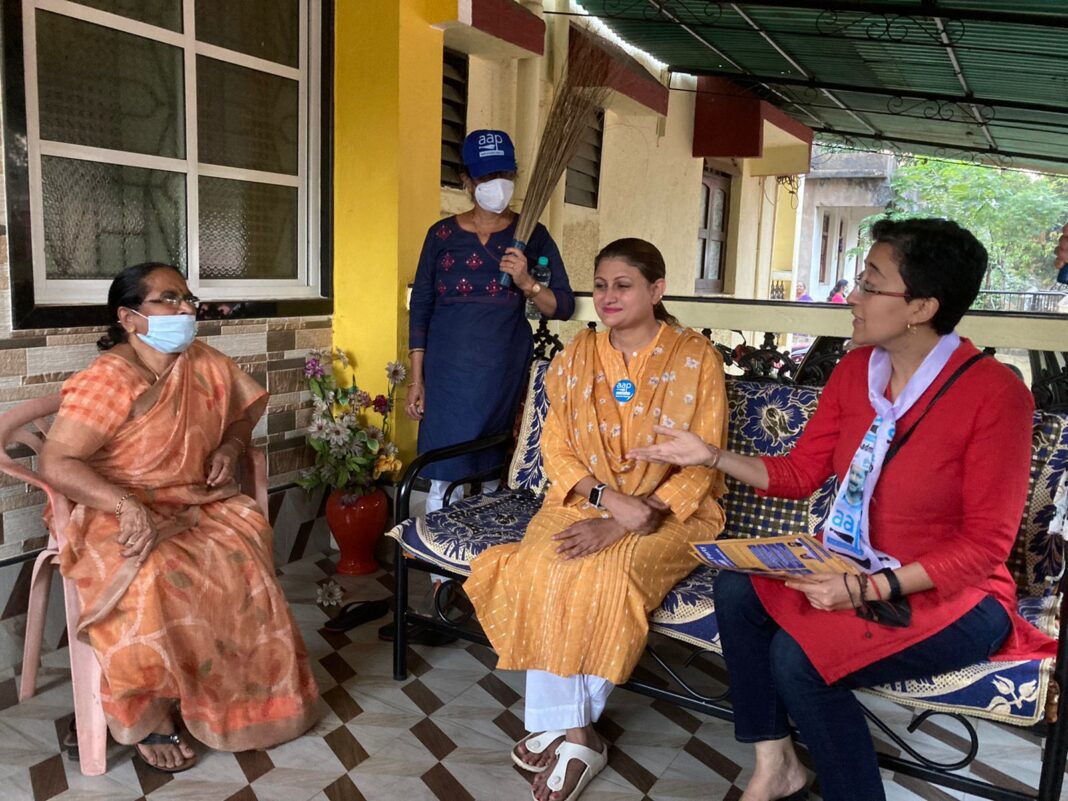 Atishi said the enthusiasm with which people are supporting AAP indicates a strong level of support the party will receive during the upcoming elections due on 14 February.

She said, “We have witnessed the BJP and the Congress in the past. They haven’t done anything for the betterment of the state. They have only doen party hopping politics in the state for selfish motives. Currently, only AAP is the alternative to the state. I urge Navelim people to give a chance to AAP and Pratima Coutinho”.

Further she said, “After completing professional courses and having degrees, a number of people expressed their disappointment that their children remain unemployed. The government provides jobs to their near and dear ones. When AAP wins power, AAP will ensure that government jobs are available based on merit”.

“Additionally, we will guarantee uninterrupted water and power supply to the residents. AAP Navelim candidate Adv. Pratima Coutinho will work for the betterment of the constituency. When AAP forms the government, people will not need to visit government offices. Instead, government workers will come to your home and do your work”, she added.