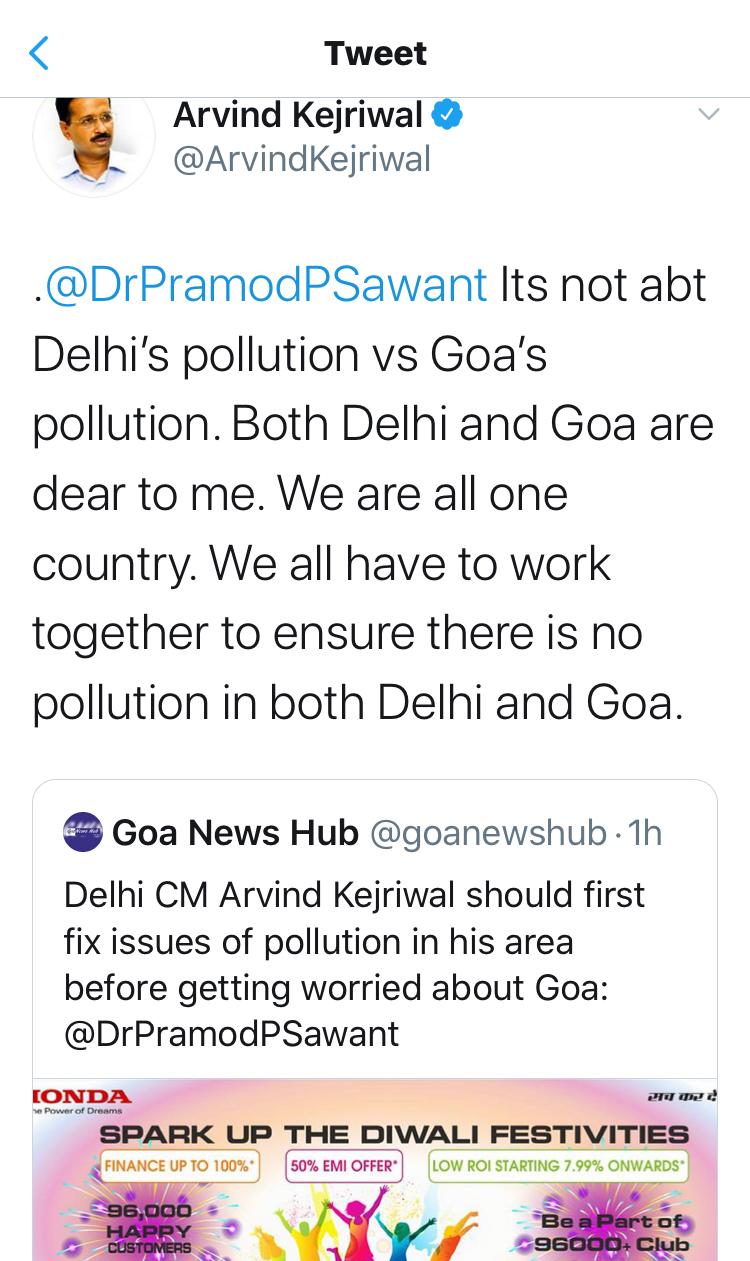 Panaji: Goa Chief Minister Pramod Sawant and his Delhi Counterpart Arvind Kejriwal entered into a dual over the issue of pollution.

Kejriwal had this week had hailed the people of Goa for their efforts to protect their environment and had condemned Goa government for muzzling people’s protest.

The Delhi CM was referring to the protest by various NGOs against three major projects, claiming them to be beneficial for the multinationals handling coal. The protestors had also expressed worry over the pollution that would be caused after coal handling capacity is enhanced. Reacting to Kejriwal’s statement, Sawant told reporters on Wednesday that Delhi CM should worry about his own area where pollution has become a major concern.

“I have been to Delhi and returned just today. I have seen how air quality has gone bad. He (Kejriwal) must be concern about his own areas first before talking about Goa,” Sawant said.

Soon after Sawant’s reaction, Kejriwal tweeted “@DrPramodPSawant its not about Delhi’s pollution vs Goa’s pollution. Both Delhi and Goa are dear to me. We are all one country. We all have to work together to ensure there is no pollution in both Delhi and Goa.”