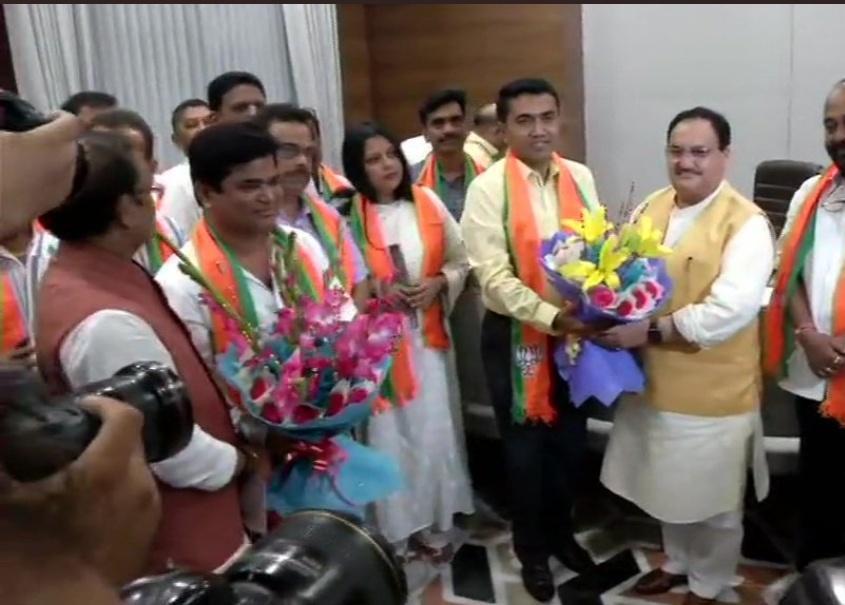 Party sources stated that in presence of Goa chief minister Pramod Sawant, the MLAs were formally welcomed into the party by Nadda.

The MLAs after joining BJP has left for New Delhi last night, and are expected to return back later in the evening back in Goa.

Party’s Goa unit president Vinay Tendulkar was accompanying them in the national capital.

A group of ten Congress MLAs led by Leader of Opposition Chandrakant Kavlekar had merged their faction in BJP on Wednesday evening.

All the MLAs had given letter to Speaker Rajesh Patnekar informing him about the merger of their group in BJP. With this development, strength of BJP has been increased to 27 in the House while congress has been reduced to mere five.