Decision on coalition partners only after we are back in Goa: Pramod Sawant 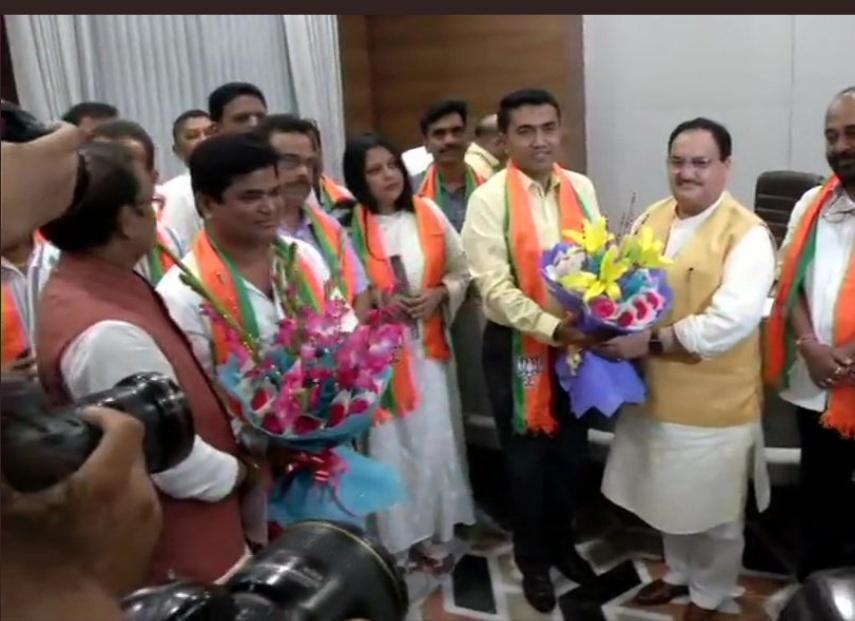 Panaji: State Chief Minister Pramod Sawant on Thursday said that the decision on coalition partners in his government would be taken only after he reaches back to Goa.

Sawant is currently in New Delhi along with ten former Congress MLAs who switched sides on Wednesday evening to join BJP.

“We have not taken any decision on coalition partners till now. We will take the decision when we reach back in Goa,” Sawant said.

The speculations were rife that BJP might drop its coalition partners from the cabinet, paving way for induction of the new MLAs.

Goa Forward Party and Independents are currently supporting Sawant-led government, giving it a majority on the floor of the House.

With the induction of ten MLAs, BJP’s strength has increased to 27, which is six more than the required figure of 21 in 40 member legislative assembly.

Sawant said that all the ten MLAs were welcomed by JP Nadda, who wished them all the best.

“Nadda has asked all the MLAs to work for the welfare of the state and wished them all the best,” he said.

Sawant said that he along with group of ten MLAs will be meeting BJP National President Amit Shah later in the evening.