All pending Grih Adhar applications to be cleared by April, 2020: CM 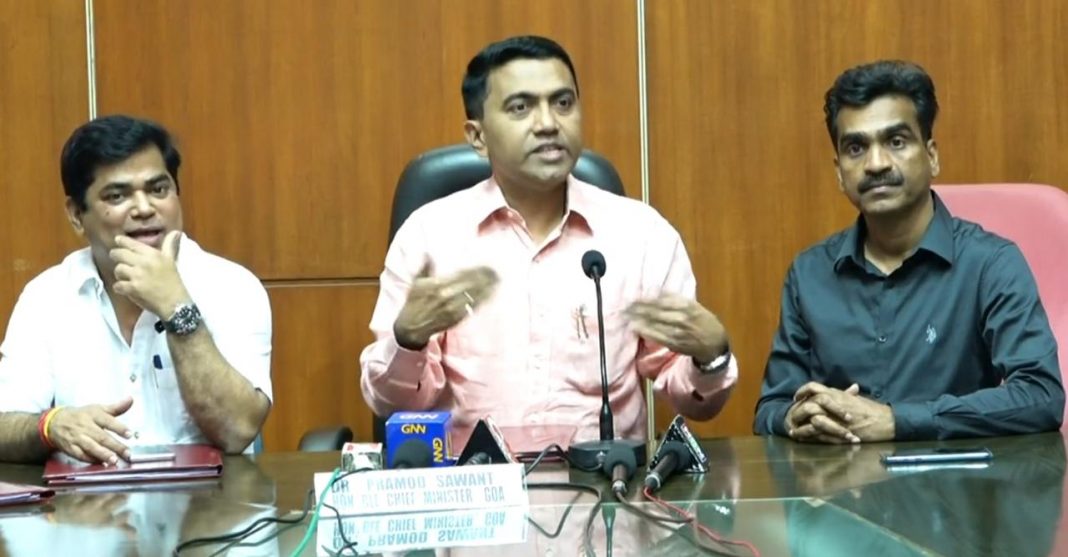 Sawant said that State Department of Women and Child Development, which is an agency to implement the scheme, has been asked to scrutinize all the beneficiaries.

“If we find any beneficiary illegally taking the benefit, then process would be initiated to recover all the money which is paid to him,” the Chief Minister said.

He said that the sanction limit of Grih Adhar is 1.55 lakh, which has been exceeded even as 17,000 applications are declared as invalid.

Sawant said that the wives of government servants are not eligible to take the benefit of this scheme, while those who exceed annual income limit of Rs three lakh are also not entitled to be covered under this flagship anti-inflation scheme.

Introduced by former Chief Minister Manohar Parrikar, the scheme was aimed to address the problem of spiraling prices and to provide support the housewives/homemakers from middle, lower middle and poor section of the society, to maintain a reasonable standard of living for their families.

State pays monthly Rs two thousand for the beneficiary under this scheme.

Sawant said that around 22,000 fresh applications for the scheme are pending before the department, which will be cleared in a phased manner from next year onwards.

“We will scrutinize the application and first lot of five thousand applications from pending 22,000 would be cleared in January, 2020,” he said.

The second lot of another five thousand would be cleared in February, 2020 while similar number would be approved in March, 2020.

Sawant said that the government has already appealed the illegal beneficiaries to surrender their claims so that the genuine person could be benefitted from the scheme.

Previous articleGovernment gets toughter on tobacco advertisement act, forms squad
Next articlePOGO yatra to begin from Benaulim on December 15