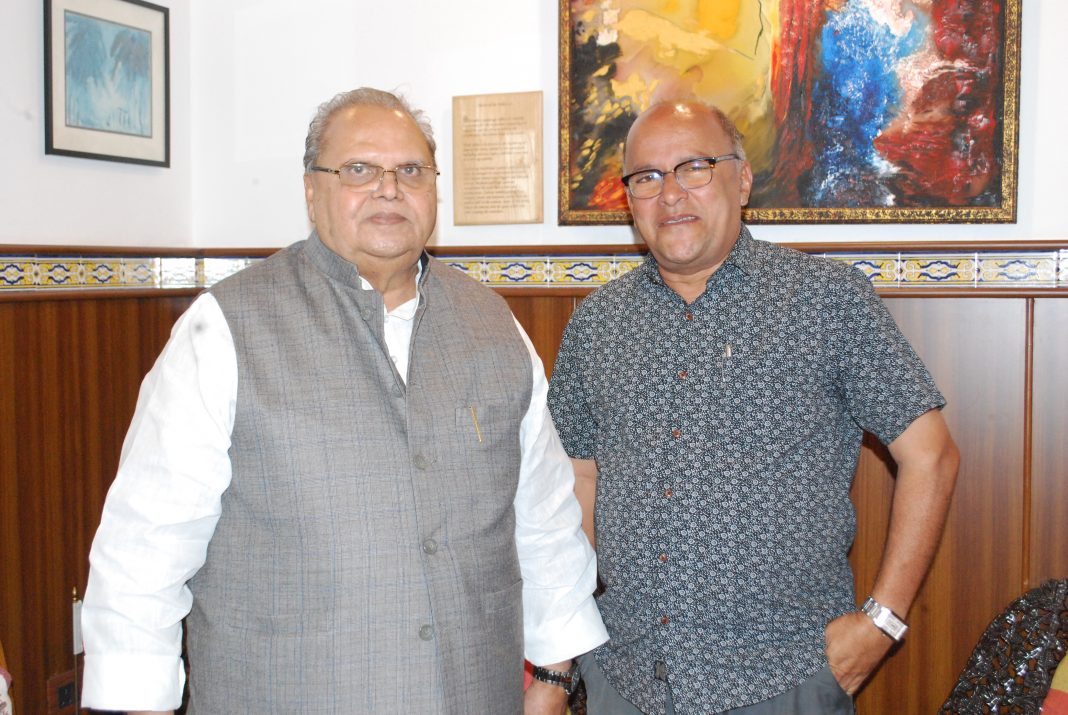 Adv. Aires Rodrigues today called on Goa Governor Satya Pal Malik at the Raj Bhavan and sought his immediate intervention to ensure that the independent authorities constituted by law to deliver justice and bring the wrong doers of law to book are not allowed to go defunct.

Drawing the Governors’s attention that the Goa State Police Complaints Authority has been conveniently without a Chairman since April 2018, Adv. Rodrigues also pointed out that the  Goa  Lokayukta is due to relinquish office this September and that the government needs to initiate the process of finding his successor.

Stating that these  vital institutions were set up by law to ensure Transparency and Accountability in the functioning of the government and that if they remain non-operational Good governance is in peril, Adv. Rodrigues has sought that the government should act swiftly and cannot be dragging its feet in filling the vacant vital positions.

Pointing out that  knowing well when which authority is due to retire, Adv. Rodrigues has pleaded with  Governor that the Government should initiate the ground work to appoint the successor well in advance while it should also be the endeavour of the Government to  ensure that none of these crucial institutions remain vacant even for a day.

While also drawing the Governor’s attention that Goa is without a Director General of Police from November 16th last year after the death of then DGP Pranab Nanda, Adv. Rodrigues stressed the need to bifurcate the police force to ensure that the investigative team do not also have to attend to law and order duties while demanding that it has to be also rigorously ensured that the police function at all times independent of any political pressure.

Adv. Rodrigues also urged the Governor to direct the Government to fill up the vacancies immediately and that failing which he as as the Custodian of the Constitution and as the repository power of the State vested in him should ensure that the posts are filled up without any delay.

Share
Facebook
Twitter
WhatsApp
Linkedin
ReddIt
Email
Print
Telegram
Previous articleI was not under any pressure, I withdrew for the sake of my party: Bhavesh Zambaulikar
Next articleTotal 203 candidates in fray for ZP poll
- Advertisement -