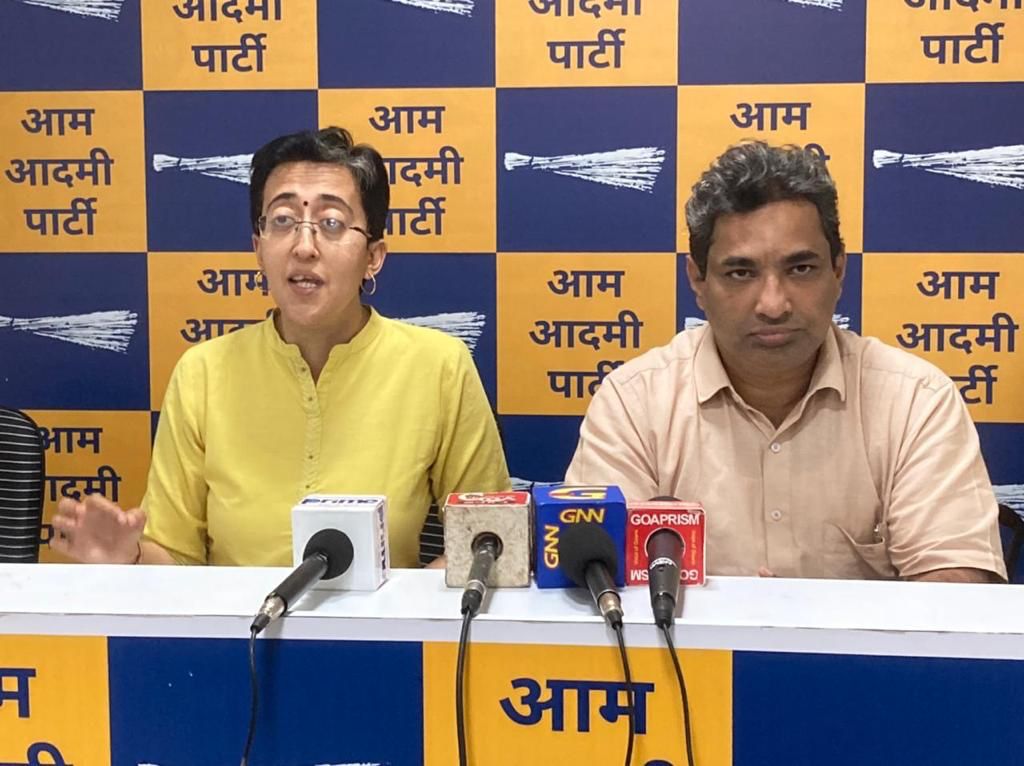 The Aam Aadmi Party Goa in-charge Atishi exposed the BJP’s 2022 election strategy on Sunday, saying a conspiracy between the Congress and BJP. She said that the BJP put its seven candidates on the ballot under the Congress banner, and it has been financing them.

Atishi asserted that the BJP government has felt the wrath of Goans because of its bad governance. Furthermore, the party has always failed to win in 15 of the 40 constituencies it contests. Hence, to form the government this time, the BJP has once again made the setting with the Congress. Once the former BJP candidates win the seats on Congress tickets, they are going to rejoin the BJP. This is the BJP’s master plan to form the government this time.

While addressing the media Atishi said, “Since several years, the BJP has been unable to win 15 out of 40 seats. This includes eight seats in Salcete. The BJP has now accepted that it cannot form the government by itself, so it has sent its seven candidates to the Congress. As soon as the BJP-turned-Congress candidates win the seats, the former BJP leaders will join the BJP again to form the government. There is a strong anti-incumbency against the BJP and that’s why the BJP has been funding their campaigns”.

While listing out the candidates she said, “Avertano Furtado, the Navelim Congress candidate who joined the BJP in 2012, joined the Congress today. He served as a minister for several years, yet he switched the parties. Upon his election, he will rejoin the party. The same is true for Congress Curtorim candidate Morenno Rebello”.

“Congress Vasco candidate Carlos Almeida, who resigned from the BJP in December 2021, got the Congress ticket in January 2022. Former BJP MLA Michael Lobo was the two-term minister yet he chose to jump ship. He and his wife Delilah Lobo are now running on the Congress ticket. It is known that Babush Monseratte has been funding Rudolph Fernandes’ campaign. He is popular as the right hand of Panaji MLA and BJP Panaji candidate
Babush Monseratte. These all candidates once get elected, will join the BJP to help the party to form the government”, she added.

AAP Goa Convener Rahul Mhambre said, “Now it’s clear that voting for the Congress means supporting the BJP. In the last decade, the BJP has failed in every sector. Looking at the current situation, they have realised that forming a government has become impossible”.

Adding he said, “It is high time that Goans should not be victimised by such tactics. I encourage everyone to trust AAP and see the difference”.