AAP says free electricity, BJP says they are already subsidising it, but won’t give free 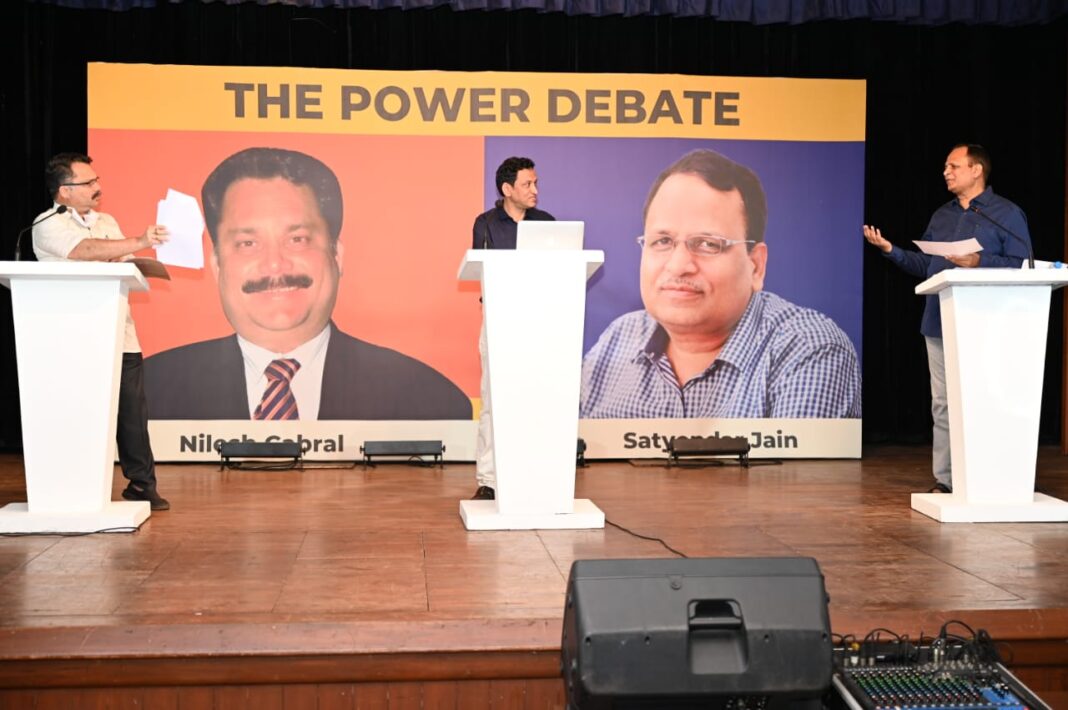 Panaji: Power Minister of Goa Nilesh Cabral and his Delhi counterpart Satyendar Jain on Monday clashed over the “free electricity” during a debate during which the former ruled out providing any such freebies in future, while latter claimed that it will be their promise, if voted to power in the coastal state.
The Public Debate titled “The Power Debate” was hosted in Panaji on Monday where Cabral and Jain spoke over their plans for the state, which is scheduled to face the elections in February 2022.
“BJP do not assure you to provide free electricity but instead it has been providing subsidised power to the people even now,” Cabral said during the debate claiming that the Delhi government was providing the free electricity at the cost of state exchequer but was taxing people in other ways.
Cabral said that BJP-led Goa government has been providing assistance to the needy people through various social welfare schemes aiming to benefit the needy people.
The Goa Power Minister said that the state has been on the mission of providing uninterrupted power supply, which will be a reality in next three years.
Delhi’s Power Minister Satyendar Jain reiterated that AAP will provide free electricity up to 300 units, after getting elected in Goa. He also said that the state will get uninterrupted power supply in two years.
In the debate Jain highlighted that Goans pay taxes using their hard earned money and AAP wants to make sure they get the maximum benefit out of the taxes they pay. Goans too deserve free power because Goa has a much higher per capita budget than Delhi and despite this, Goans have to pay for basic amenities, which are also of poor quality.
“There are repeated power cuts in Goa, poor quality infrastructure, T&D losses, and the common man suffers, students suffer, businesses suffer,” he said.
After the debate, Chief minister Pramod Sawant tweeted “My colleague and Goa’s Power Minister Shri Nilesh Cabral represented people of Goa today against politics of falsehood, lies and misleading propaganda. He bursted the myth of freebies and how it makes people lose out in the long run.”
“On the other hand, Govt of Goa has struck a perfect balance between economic reforms & implementation of welfare measures.,” he said in another tweet.