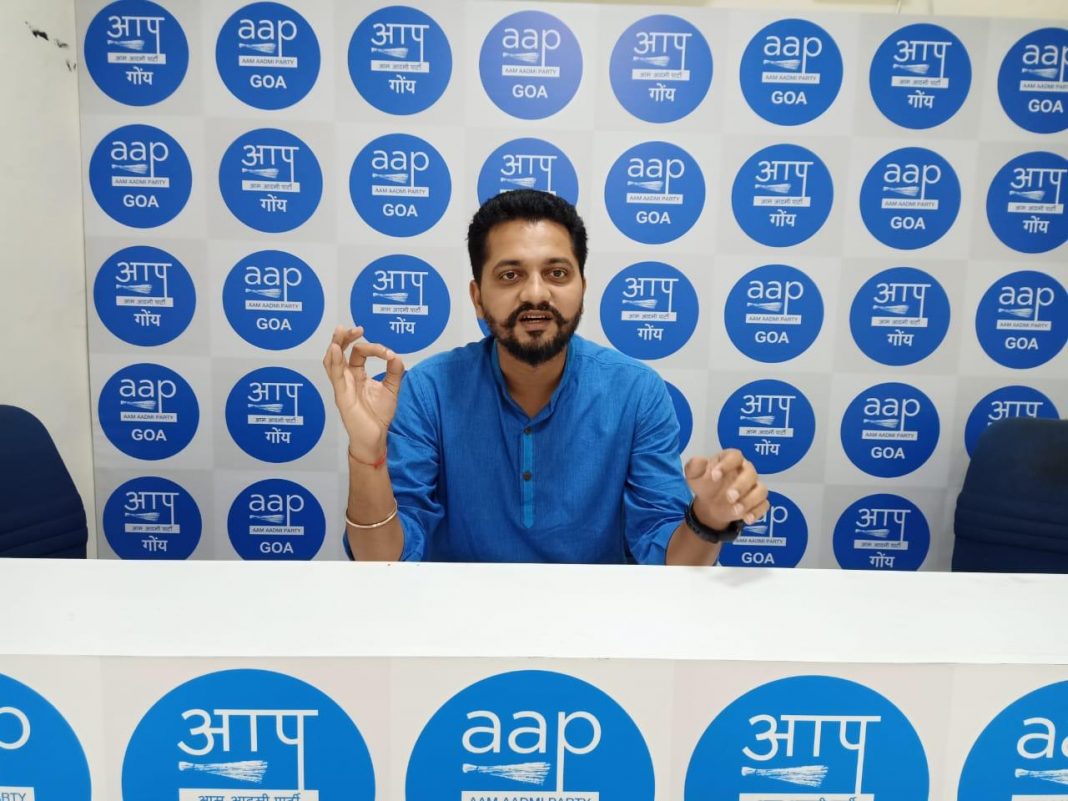 Panaji: Aam Aadmi Party (AAP) on Monday termed Dr Pramod Sawant’s government to be of liars and cheaters and asked Goans to check their accounts to find out how much they have received from the government
as claimed by the chief minister.
Briefing media persons AAP spokesperson Adv Surel Tilve pointed out that as per the budget Goa government was spending Rs. 1.40 lakhs on each Goan and demanded to know where this money is going. “It is time every Goan asks this question to find out who is pocketing the amount,” he said.
Hitting out at the CM, Tilve said “To rub salt into injuries Dr Pramod claimed that the government has disbursed Rs. 5000 to the bank account of every Goan, he said and demanded to know details of this claim while also asking Goans to verify their accounts.
While pointing out that Power Minister Nilesh Cabral had run away from the public debate he himself had challenged AAP to, he said AAP was ready to debate the power issue anytime and any place.”
“Let Nilesh name the date, time and place for the debate and Valmiki will be there to participate,” he said responding to Nilesh’s acceptance of the challenge thrown by Valmiki Naik for a public debate. He lamented that after running away from the public debate, the BJP is now asking various persons who are either members of the BJP or its sympathisers to address press conferences or record videos that are made viral on the social media.
“Deputy Chief Minister Babu Kavlekar, BJP Yuva morcha members and others have now suddenly started addressing press conferences or appearing on social media like mushrooms flourishing during the monsoons,” he said while pointing out that monsoons have receded in Goa.
He asked the chief minister to provide free electricity to those consuming less than 200 units of power per month responding to Dr Pramod’s claim that only negligible number of Goans use less than 200 units of power per month.
“AAP stands by its promise that within 48 hours of coming to power, we shall provide free electricity to those consuming up to 200 units of power and 50 per cent rebate to those consuming within 200 to 400 units,” he said pointing out that this benefit 90 per cent power consumers in Goa.
He said in Delhi AAP by spending only Rs. 30,000 per person provides so many facilities while in Goa people get no benefits even though the government claims to be spending Rs. 1.40 lakhs per person
in the State.
“Goa is going through a big financial scam that needs to be unearthed and people responsible for it need to be penalised,” he said while assuring that AAP will put things in proper place once the people repose confidence in it.