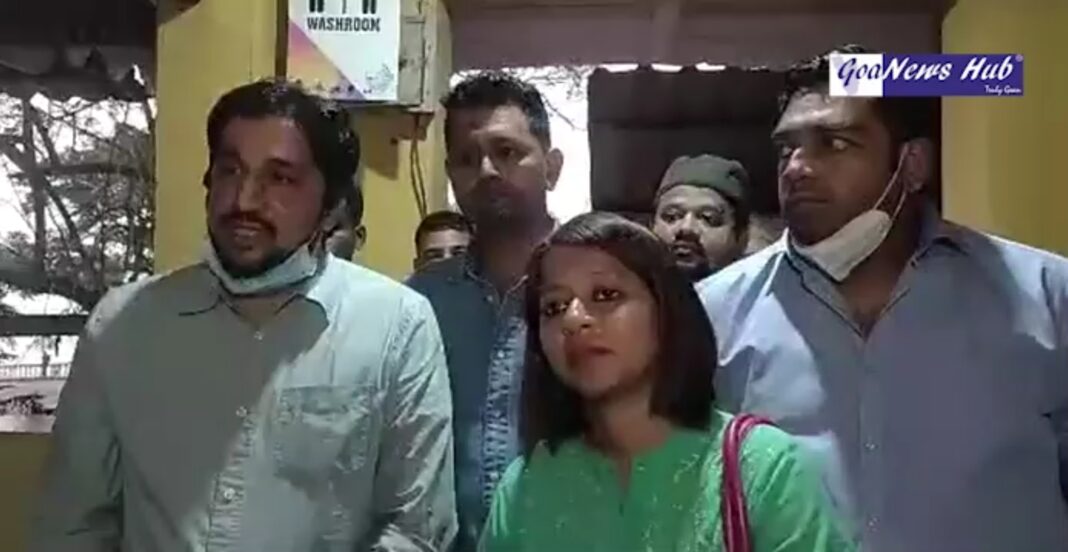 Valmiki Naik, AAP vice president said,
“PWD had put a work order of external painting worth 70 lakhs. The tenders should have been submitted by 3 PM on Tuesday and this tender was supposed to be open on Wednesday, at 11am. The tender was supposed to be awarded to the lowest bidder. But the problem here is that all the work of external painting has been completed. Our simple question is what is the work left, for money to be spent on”.

“Our simple request to the CEO, Vice Chairman of ESG, which is a parent agency of IFFI was, to cancel the tenders. They should have written a letter to the PWD ordering cancellation of tenders. IFFI venues, which are government property, are painted completely without the work order. Surprisingly, the vice chairman, managing director and the CEO are not aware of this. CEO Dr. Tariq Thomas assured us that he will send a letter to the PWD. But, we don’t believe in assurances of BJP office bearers. We demand investigation into the matter and want an answer within 24 hrs. Otherwise, we will do Dharna in front of CM’s house to seek an answer.”, said Naik.

Cecille Rodrigues, Taleigao assembly incharge said, “rules are only for common people. Government is blatantly using their power. IFFI is an international level festival and the government is busy making money out of it”.

Sunil Signapurkar, AAP joint secretary said,
“Till now we have met the Executive engineer of PWD, vice chairman of ESG, Managing Director of ESG and CEO of ESG but none are aware of it, which is strange. As they are working in the same area, where the work has been done. This incident proved what former governor of Goa Satyapal Malik’s statement about the corruption in the state government. I request PWD officers to cancel the tenders”.