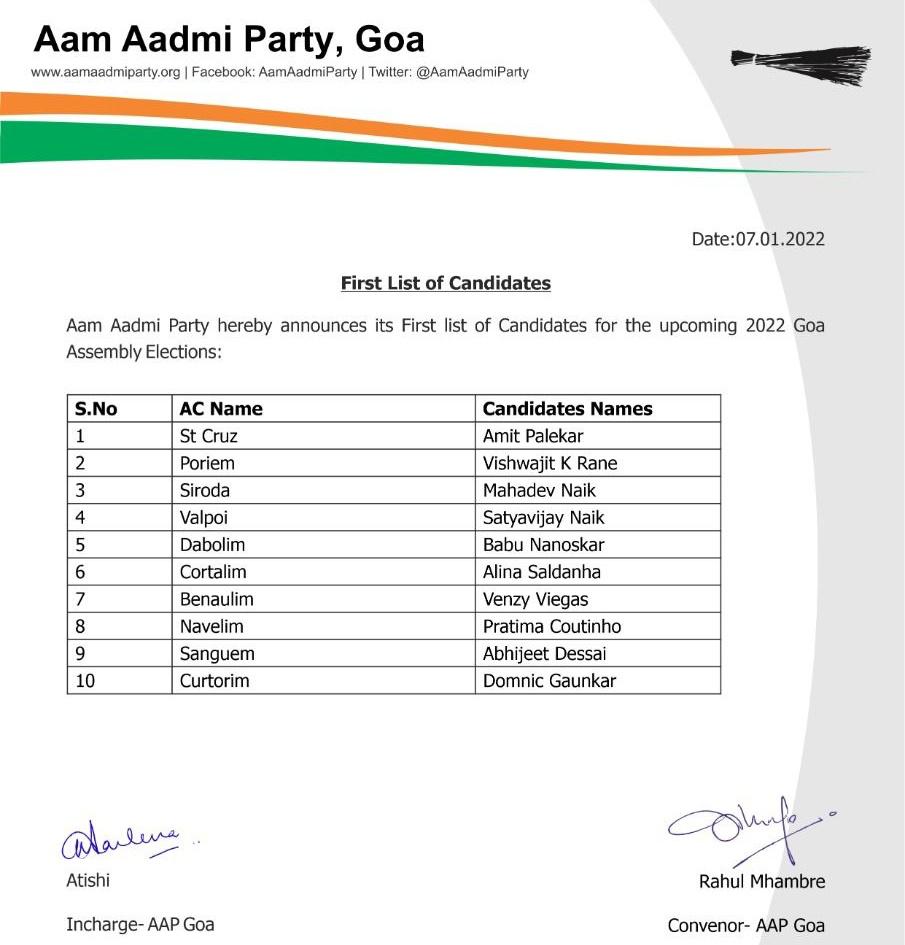 Party’s State in-charge Atishi has approved the list of 10 candidates from both North and South Goa district.

Lawyer-turned-politician Amit Palekar will contest from St Cruz Assembly constituency while Vishwajit Krishnarao Rane will be in the fray from Poriem Assembly segment.

AAP has decided to field its candidates in all the 40 constituencies.