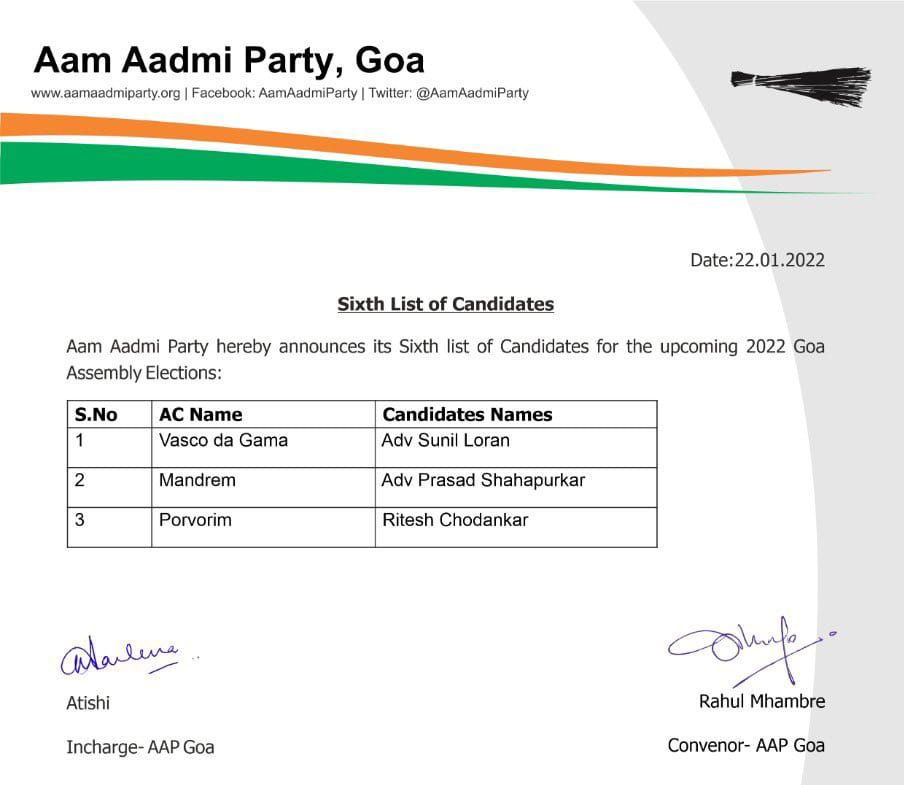 The Aam Aadmi Party which is in full swing to contest this year’s polls on Saturday announced its sixth list of three candidates for the upcoming assembly elections in the state.

Delhi MLA and Aam Aadmi Party Goa desk in-charge Atishi tweeted, “Happy to announce the sixth list of candidates for the Goa Assembly elections, 2022. Congratulations and best wishes to all the candidates”.

The three candidates announced by the party and their constituencies are:

In the run-up to the elections, the AAP has already announced its 36 candidates and has also named a noted lawyer-turned-politician Amit Palekar as its chief minister candidate. Currently, AAP has been receiving tremendous support from the Goans.

In addition, AAP national convener Arvind Kejriwal recently unveiled a 13-point agenda for Goa, which promises free electricity of up to 300 units, resumption of mining activities, jobs for all and allowance for the unemployed, each family in Goa. Goans will be able to save ₹10 lakh during the five-year tenure of his party’s government if elected to power.