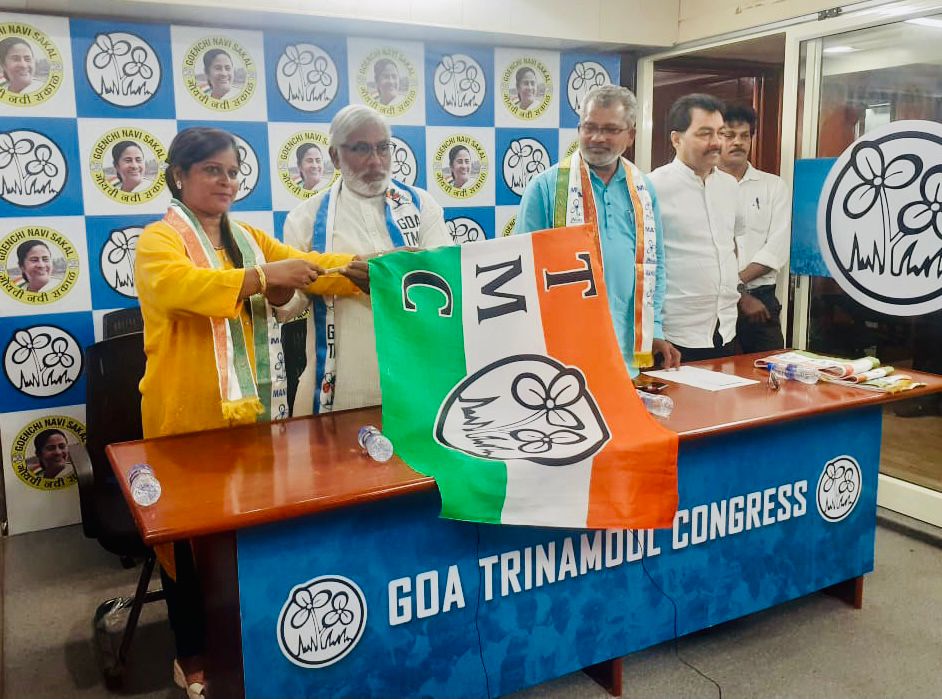 Former Congress leader Shri Francisco Fernandes, who was associated with the party for around four decades, attacked the ‘unholy alliance’ of Congress-GFP. Calling Mamata Banerjee ‘Iron Lady’, Shri Fernandes said the Congress took people for granted and didn’t consult with grassroots workers regarding the alliance.

Soon after his induction, Shri Kashinath Mayekar said that it was the able leadership of AITC Chairperson Smt Mamata Banerjee that motivated him to join the Goa TMC family. ‘All forces united against one woman but Smt Mamata Banerjee emerged as the winner,’ he said.

Smt Natty Po hit out at the ruling BJP and said the government failed the people of Goa and stopped programmes benefitting them. ‘Goans want change. Didi has given a call to move forward and so we all must move towards giving Goa a credible alternative,’ she said.

The Goa TMC wholeheartedly welcomes these grassroots leaders and is convinced that with their determination, hard work and honesty, Goa will see a ‘New Dawn’ soon.