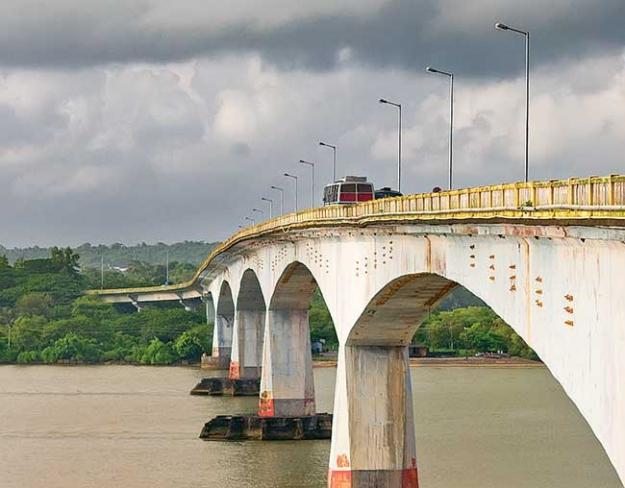 PANAJI: The public works department (PWD) has announced that the Zuari bridge, connecting North with South Goa, is safe for commuters.
The announcement comes after a video surfaced on social media revealing crack on the bridge.
In a press statement issued today, PWD has said that it has been widely reported that there is danger for the Zuari Bridge as a result  of a gap seen at the aabutment location on the Cortalim side end.
“In this regards the Public Work Department, Altinho, Panaji has hereby informed the general public that the said gap id the expansion joint gap which is in the range of 40-50 mm and is kept open to facilitate expansion/ contraction for the bridge span,” the department said.
It further said that the surrounding concrete layer over a small portion is disturbed by the impact of vehicular movement but there is no damage to the expansion joint. “There should be no apprehension on the safety and stability of the bridge” PWD said.