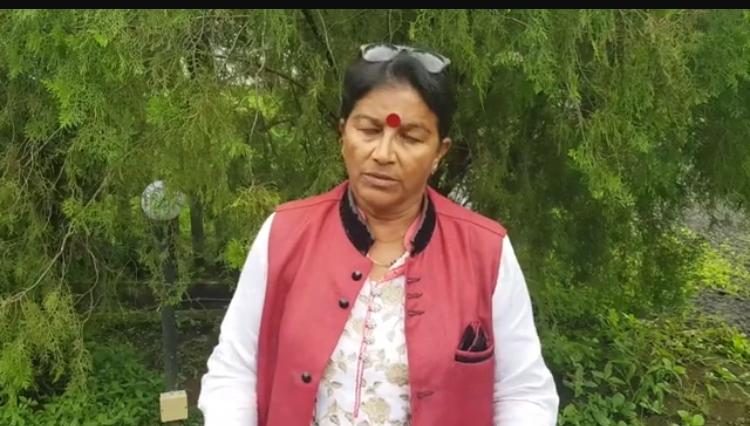 In a video released on social media, last week, Kerkar had alleged that the Protective Home located at Merces near Panaji was indulged in several irregularities.

Director of Women and Child Development Deepali Naik on Tuesday (February 03) issued notice to Kerkar to remain present before her within seven days.

In the notice, Naik has said that Kerkar has uttered derogatory remarks against the state run Protective Home, Merces on video which was circulated on social media, thus causing damage to the image and reputation to the institution established for protection and rehabilitation of the victim of commercial sexual exploitation.

“You are requested to be present at this office within seven days of receipt of this letter with the proof of allegations made by you against state run Protective Home, Merces, in the video circulated on social media,” the copy of the notice mentioned below. 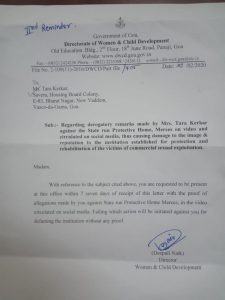 “Failing which action will be initiated against you for defaming the institution without any proof,” it adds. 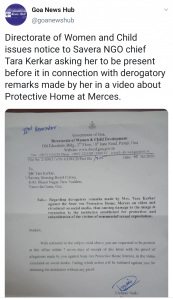