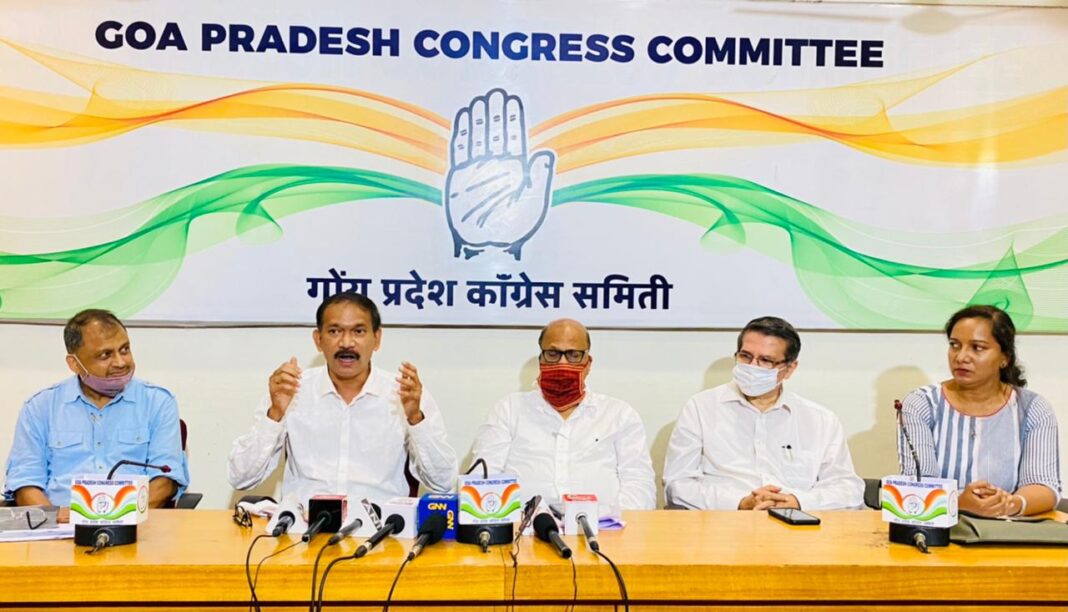 Panaji : Goa Pradesh Congress Committee (GPCC) President Girish Chodankar has threatened to hold Bhumiputra Yatra across the state of Goa starting from CM’s constituency if the government fails to withdraw the controversial Bhumiputra Adhikarini Bill within 15 days.
Girish Chodankar gave this ultimatum at a press briefing today on 3rd August 2021. Also present for the Press briefing were Leader of Opposition (LoP) Digambar Kamat, Legal Cell Chairman Adv Carlos Ferreira, Spokesman Tulio D’souza and Arch Royla Fernandes.
Digambar Kamat said, “According to rules the draft bill should been given to the MLAs  48 hours prior to the discussion in the house which was not done. We didn’t get a chance to study the bills thoroughly”.
Tulio D’souza stated that the bill should have been discussed before it was passed in the assembly. “Bhumiputra Bill is not for the benefit of Goans, it is for the benefit of the politicians to pull votes,” said D’souza.
Girish Chodankar has warned that if the bill is not withdrawn then a minimum of 10,000 Bhumiputras will participate in a rally. “Government should debate on all the bills at Azad Maidan if they are afraid to debate in Assembly ”. He has asserted that in upcoming Goa assembly polls BJP will not cross 10 seats.

Previous article101 new infections, two died due to covid-19 in Goa on Tuesday
Next articleWebinar by CMO on topic :  Career Opportunities in Hospitality, Retail & Events for Goan Youth