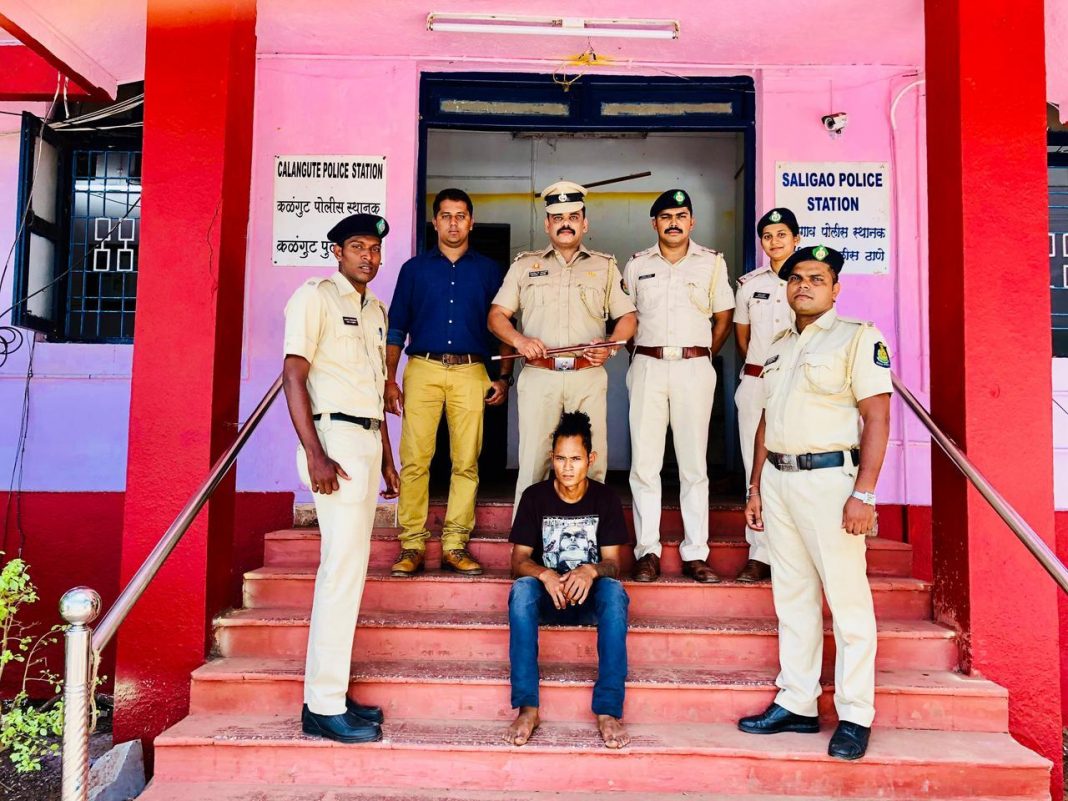 As per PI Jivba Dalvi information was received regarding the accused person coming to deliver drugs to prospective customers at Calangute parking  on 25/09/2018 late night.

Accordingly a team was formed and the police staff camped at the parking area from 09:30 pm. Further at around 10:00 pm the accused person was noticed standing near some parked vehicles in the parking area. Immediately he was rounded up and detained at the spot. Further his personal search was conducted and he was found in possession of Ganja and charas. The Drugs were seized and attached under the Panchanama by the police. The seized Ganja is worth Rs. 25,000/- in international market while the Charas is valued at Rs. 1,80,000/- in the market. The total drugs seized are worth Rs. 2,05,000/-.