We will not allow the House to function till complainant in Khaunte case is arrested: Opposition 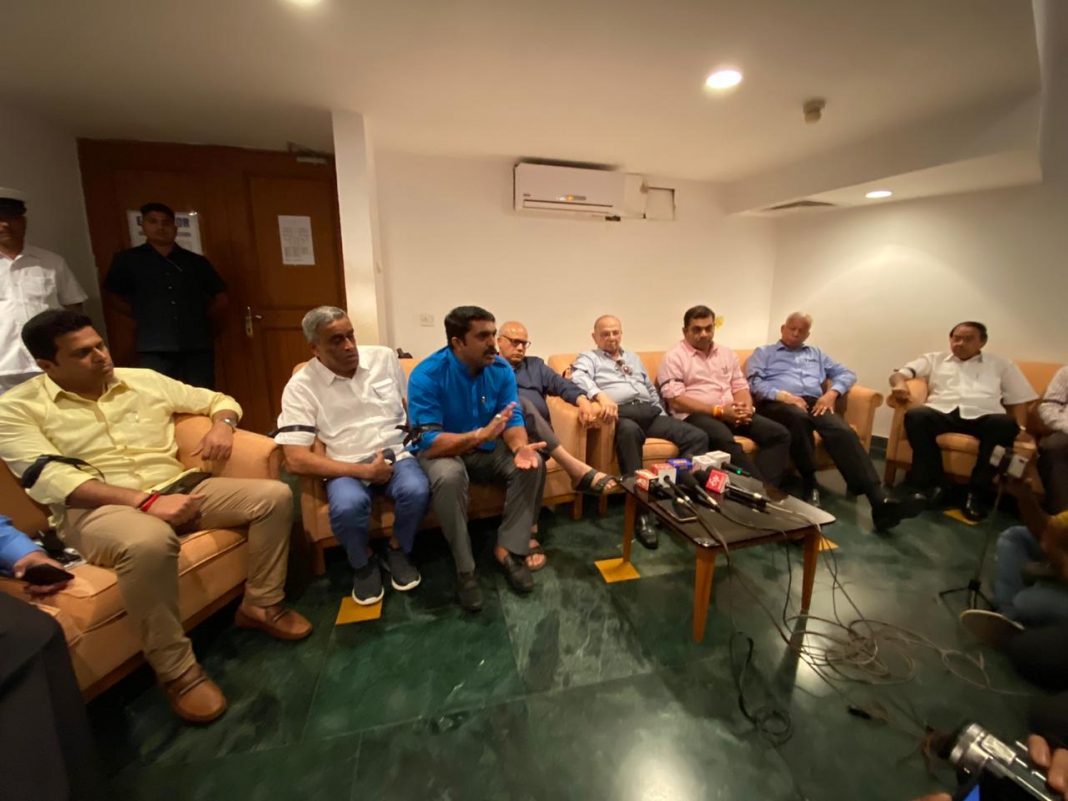 Porvorim: The opposition benches on Thursday said that they will not allow the ongoing budget session of the House to continue functioning, till a person who is involved in filing case against Independent MLA Rohan Khaunte is arrested.

Goa Forward Party MLA Vijai Sardesai told a press conference that the opposition benches will not allow the House to be functional till BJP Goa spokesman Premanand Mahambrey, who filed case of threatening against Khaunte is arrested.

Khaunte has been booked for threatening Mahambrey in the assembly complex premises for holding a press conference against him.

Sardesai said that the complaint is false as former state chief minister Pratapsingh Rane was present when alleged incident happened.

He alleged that Pramod Sawant-led government was “frustrated” and act of Speaker to give assent to the arrest was “going against the constitution.”

“Our demand is very clear that the person who has given the false complaint should be arrested,” he said.

Sawant is scheduled to table the annual budget during second half of the Session on Thursday, February 6.

The opposition has been protesting inside the House when the assembly session began for the day on Thursday morning.

The members from Congress, Goa Forward Party, MGP and Independent MLA Rohan Khaunte rushed to the well of the House thrice forcing the adjournments.