Vishwajit Rane was worried for his life from Amit Shah:  Chellakumar 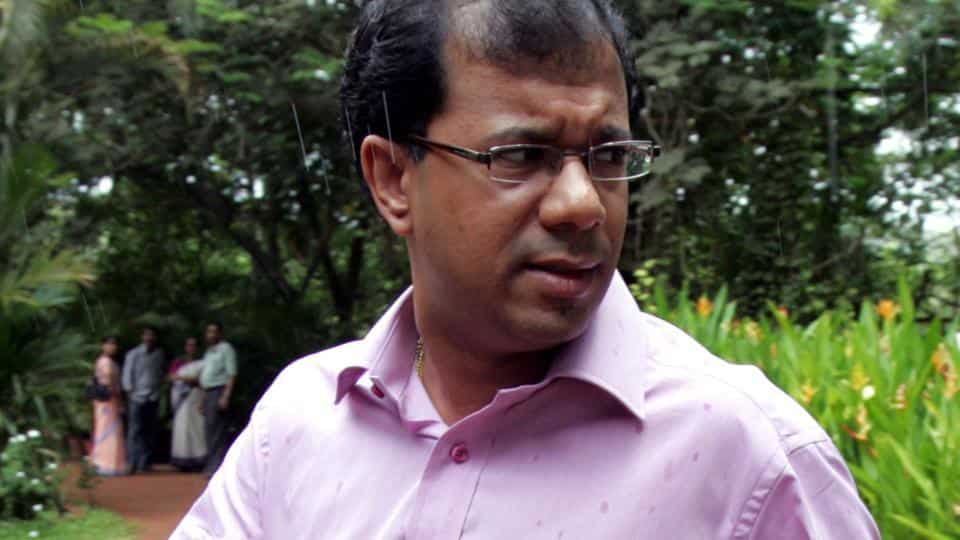 Panaji: In a stunning revelation, All India Congress Committee Secretary A Chellakumar has said that BJP minister Vishwajit Rane wanted to split BJP and join Congress after Parliamentary elections.

Chellakumar claimed that even till two months back, Vishwajit was in touch with him and was worried for his own life and that of his family.

Talking to Goa News Hub, Chellakumar said “Many of people from the ruling side they were in touch with me. Our friend vishwajit Rane he used to call me often and he is under fear psychosis.”

“Many times he used to tell me ‘what to do’, Amit shah is most dangerous fellow is a murderer and will kill my family. These are same words which he has spoken to me on many occasions. He spoke to me two months before also,” Chellakumar said.

“If any doubt, anybody can check his cell phone number how many times he used to call me. Every time he used to tell me that bjp is not like congress party. It is murderous party and Amit Shah and Narendra Modi are after his life,” the Congress observer claimed.

“He used to say “I have two daughters, I have to look after them.” The moment parliament election is over I will teach lesson to these people and come back to Congress party. Till then you please wait,” he said.

Chellakumar said that Vishwajit used to say he is a  congressman and I will always be a congressman. “But I will split the BJP and come and then expose Amit Shah and Narendra Modi,” he said quoting Vishwajit.

“I swear on God. It is the same statement that Vishwajit was telling for the last more than a year,” he added.

Chellakumar alleged that BJP is after life of its own MLAs. “If anybody has doubt that if I am telling the lies, anybody can verify the telephone details of vishwajit. I never called even once to him but he called me hundred times,” he said.