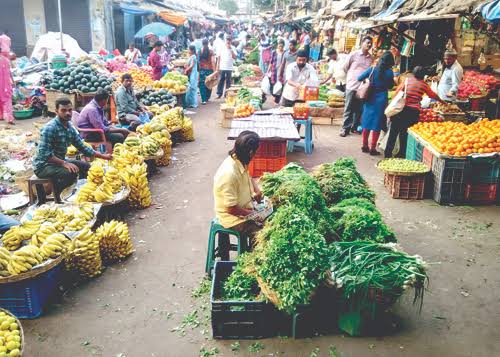 Panaji: Informing that false allegations were levelled against them previously, vegetable vendors from the Vasco new market have demanded with the Mormugao Municipal Council (MMC) to hear out their grievances before proceeding with any directives against the vendors.
In a letter to the chief officer of MMC, vegetable vendors from Vasco new market had stated that all their stocks were stored in the alloted area, however, in some places it has been erased.
“To avoid controversy it is our suggestion that before MMC decides to issue any directives, the vendors may be heard and as per Municipal regulations the marking which is existing should be made visible,” it stated.
This comes after MMC chairperson and other personnel visited the Vasco new market and threatened vendors to cancel their license if their crates and stocks are not removed.
Besides, the vegetable vendors also welcomed the MMC’s decision to keep the new market clean and hygienic and free from inconveniences.

Previous articleAbide by Covid protocol, says Health Min as ITIs commence
Next articlePramod Sawant would be responsible for the death of industrial sector: Rohan Khaunte