Unassed premises and establishments operating without trade license need to be tapped : Shadow Council for Margao 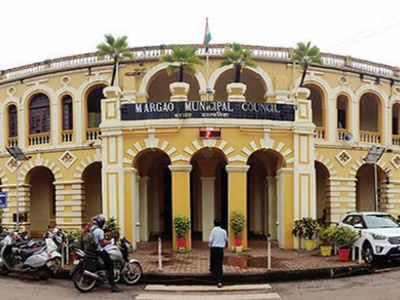 Margao: Submitting a representation, Shadow Council for Margao has reminding the Margao Municipal Council of the demands for waiver of fees/taxes on commercial premises, Shadow Council for Margao (SCM) Convener  Savio Coutinho stated that it is the binding duty of the Council headed by the Goa Forward supremo Vijay Sardessai and LOP Digamber Kamat, both of whom have been very vocal during the entire pandemic period, demanding from the government various reliefs for the citizens of Goa.
Coutinho said that both the leaders under whose advice the Council functions,  should set an example to the state government that they indeed are concerned about the hardships and financial losses suffered by the people. “We have demanded for a 50% waiver, the leaders can well afford to consider 100% waiver and prove their commitment to the people”,  Coutinho stated.

The Chief Officer Mr. Agnelo Fernandes assured the delegation that he would favorably put up the matter before the Council, and said that the quantum of relief has to be decided by the elected body.

Coutinho further stated that when the Chairperson Lyndon Pereira rues to the delegation about the shortage of fund’s, we brought to his notice that over 30 crores of finance Commission grants are lying idle for several years. The Chairperson was further reminded that the Shadow Council had been consistently demanding for the last 5 years that unassessed premises and establishments operating without trade license, need to be tapped to widen the revenue base of the Council.

Another businessman  Pio Baretto told the Chairperson that the demand for waiver is for a temporary period on account of the pandemic. It is always the Loyal taxpayers who suffer financially, while the unassessed premises and establishments operating without trade licenses are deliberately ignored by the Council, Mr. Pio lamented.