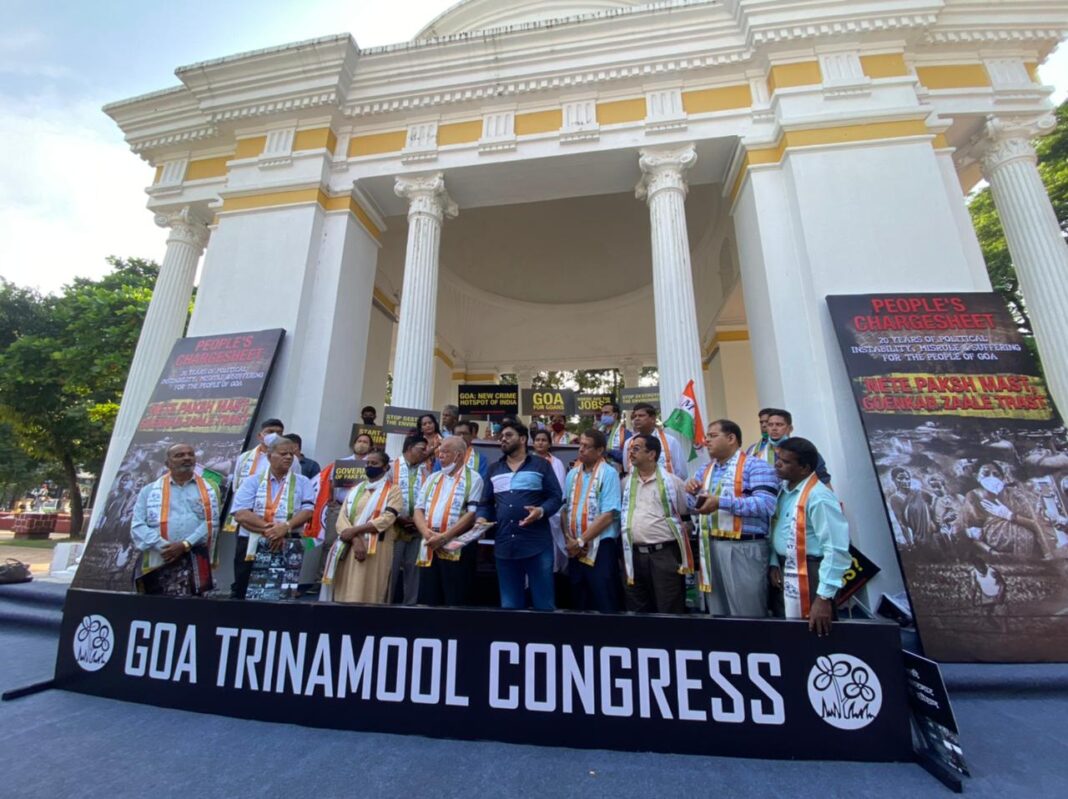 Panaji: All India Trinamool Congress (AITC) on Monday released ten point ‘people’s chargesheet’ against all the former governments and the current dispensation in the state.

AITC Member of Parliament Mahua Moitra along with her party colleagues and senior leaders Saugata Roy, Babul Supriyo, Luizinho Faleiro and others released the charge-sheet at Azad Maidan in Panaji.

“We are here for the women, who cannot walk safely on the streets, for the youth who cannot get the job,” she said addressing mediapersons at Azad Maidan in Panaji.

The TMC leader said that her party is here to stay. “As long as it takes us, we will fight till finish,” Moitra added.

The chargesheet mentions about the the Goan economy claiming that it is at its worst with one in four Goan youth remaining unemployed. “Goa ranks eighth worst amongst all the states in youth unemployment,” the TMC said.

In yet another issue, the TMC has said that “Goa is no longer for Goans with an average Goan cannot afford to buy a home in their own state,” the chargesheet reads.

It further adds “the basic infrastructure facilities are still in shambles as five out of 12 talukas face shortage of potable water, leaving Goa severely water stressed.”

The TMC has accused all the past and current governments of betraying fishermen and farmers, destroying healthcare and education and meeting out social injustice.