The Ketevan Sacred Music Festival is Set to Unveil its Talent

Panaji: Inspired by St. Ketevan, Queen of Georgia, the soulful Festival combines unique music traditions from different eras of the East and West. This annual project aims to promote religious coexistence by connecting and fostering dialogue among multiple cultures through the beauty of music.

Like an oasis, different cultures have thrived in Old Goa (World Heritage City declared by UNESCO in 1986). And it is here that the relics of St. Ketevan were brought from the Middle East to Old Goa and were found just a few years ago, after being buried for almost 400 years.

The Ketevan Sacred Music Festival offers concerts, workshops and conferences with artists from several traditions around the world: Western Classical, Carnatic, Orthodox Christian, Catholic, Sufi, Hindustani, Jewish and many others.

This year’s stellar lineup over 3 days has an exciting blend of programs with over 70 talented artists from Argentina, Spain, UK, France, Georgia, Australia, Japan, Russia, Vietnam, Portugal, Switzerland and of course India.

The highlights of this harmonious edition include the World Premiere of the Cantata a VOX CLAMANTIS IN DESERTO, especially composed by the Festival resident composer, Dr. Santiago Lusardi Girelli as well as an interesting performance by 22 Vietnamese artists celebrating the THỜ MẪU – WORSHIP OF MOTHER GODDESS OF THREE REALMS, an Intangible Cultural UNESCO World Heritage Art.

In addition, the opening concert by legendary octogenarian Indian Jazz Master Braz Gonsalves together with the Goa University Choir will enthral audiences with the eclectic JAZZ MASS. 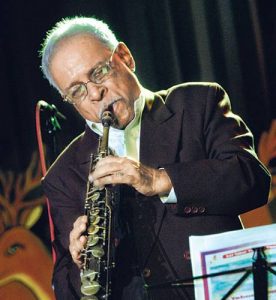 On day two, the surreal setting of the St. Augustine Ruins will be a backdrop for the Spanish artists bringing sounds of the ancient kingdom of AL-ANDALUS and the emotions and colours of the flamenco soul. 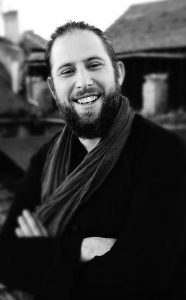 The donation passes for the Festival will be available at Furtados in Panjim and Margao and on arrival at the venues (Day pass: Rs. 400 – Festival pass: Rs. 1000). Note: Passes bought for the 13th and 15th will include a free pass for the 14th.

SACRED SOUNDS FROM THE JUNGLE

TO THE CAUCASUS MOUNTAINS

Sponsored by the Vietnam Embassy

Ensemble of artists from Tibilisi, Georgia

Sponsored by the Georgian Embassy

AL-ANDALUS THE REIGN OF CO-EXISTENCE