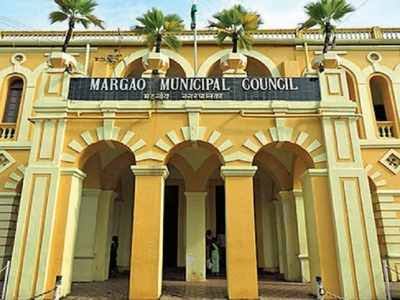 Margao: With the Shadow Council for Margao filing RTI applications seeking information of the accounts pertaining to the various study tours embarked upon by the outgoing councillors, “several of the outgoing councillors are seen in a scurry trying to settle their accounts in order to obtain the No Dues Certificate” alleged Savio Coutinho, Shadow Council for Margao(SCM) Convener.

Taking a Jibe at MMC councillors Coutinho inferred that “Outgoing councillors were seen red faced, roaming in the corridors of MMC trying to settle the accounts as soon as possible, since they intend to file their nominations for the ensuing elections. The Municipal staff however were all smiles to see the outgoing councillors realize their responsibility, though late.”

It may be recalled that the Shadow Council for Margao had been consistently raising the issue of study tours turned to  Pleasure jaunts embarked upon by councillors at the cost of the public exchequer. Mr. Savio Coutinho, Convener of SCM informed that the Councillors had collected amounts from the Council on various occasions for the so called study Tours, but had failed to submit accounts for the same, the RTI information furnished to the SCM had revealed this fact, Mr. Coutinho stated.

There are still some outgoing councillors, who are not contesting the elections and as such have not cleared their accounts. In a particular instance, an outgoing city father had collected amounts towards cancelled airline flight tickets, Coutinho revealed. The SCM informed that they shall follow up on this matter and take it to its logical end.