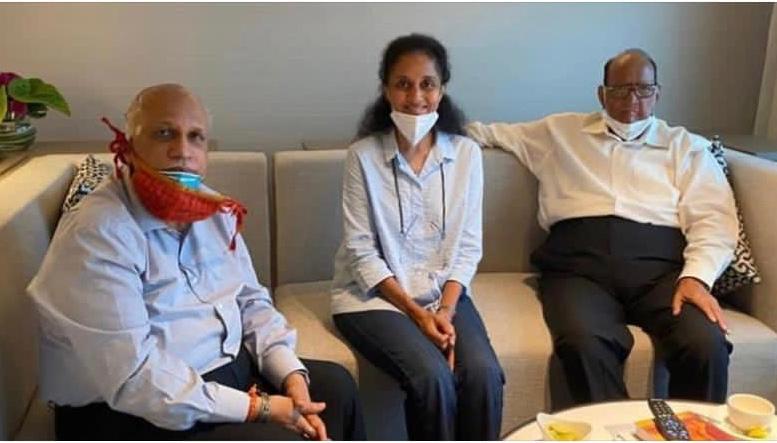 Panaji: NCP Supremo Sharad Pawar on Monday met senior Congress leaders during his Goa visit, fuelling the speculations of pre-poll alliance between both the parties.

“It was a courtesy visit. We did not discuss politics during the meeting,” Chodankar said adding that he shares a good bond with Sule.

He rubbished the rumours that there were talks about pre-poll alliance with the NCP leaders.

Interestingly, a week back NCP leader Praful Patel, during his visit to Goa, had categorically ruled out any possibility of pre-poll alliance with Congress in Goa. He had said that his party is open for alliance with any other party other than BJP and Congress.