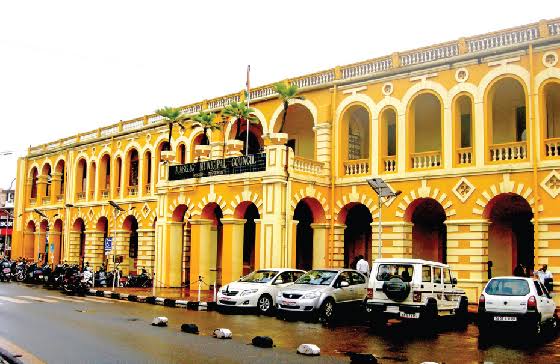 Margao: The Shadow Council for Margao expressed deep satisfaction over the completion of the 1st 5TPD Bio Methanation plant at Margao.

SCM Convener Mr. Savio Coutinho congratulated all the government officials, and more specially former DMA and present Under Secretary Mr. Tariq Thomas, MMC CO Mr. Agnelo Fernandes on account of whom this plant costing 2.40crs was decided to be set up, against the earlier proposal of the previous Council to set up double priced plants at 4.81crs.

“We are indeed very happy that our long struggle has finally borne fruit, thus saving a huge *excess expenditure of over 17crs* for the 7 plants that were planned to be set up in Margao”,Mr. Coutinho stated.

Mr. Coutinho further stated that the government and the Council should make public the costs involved in setting up the proposed 2 plants of 25TPD each, before embarking upon any such plans at public cost. He advised that the functioning of this new process of handling waste should be studied thoroughly.

He further cautioned that Inauguration Ceremony doesn’t end the waste management problem, but what will be necessary now is to *ensure that properly segregated waste is fed into the plant*, and for this the MMC’s segregated waste collection system should be set in order first.

Shadow Council for Margao wholeheartedly thanked the press and media for highlighting this issue raised by the SCM which has eventually benefited the public exchequer.