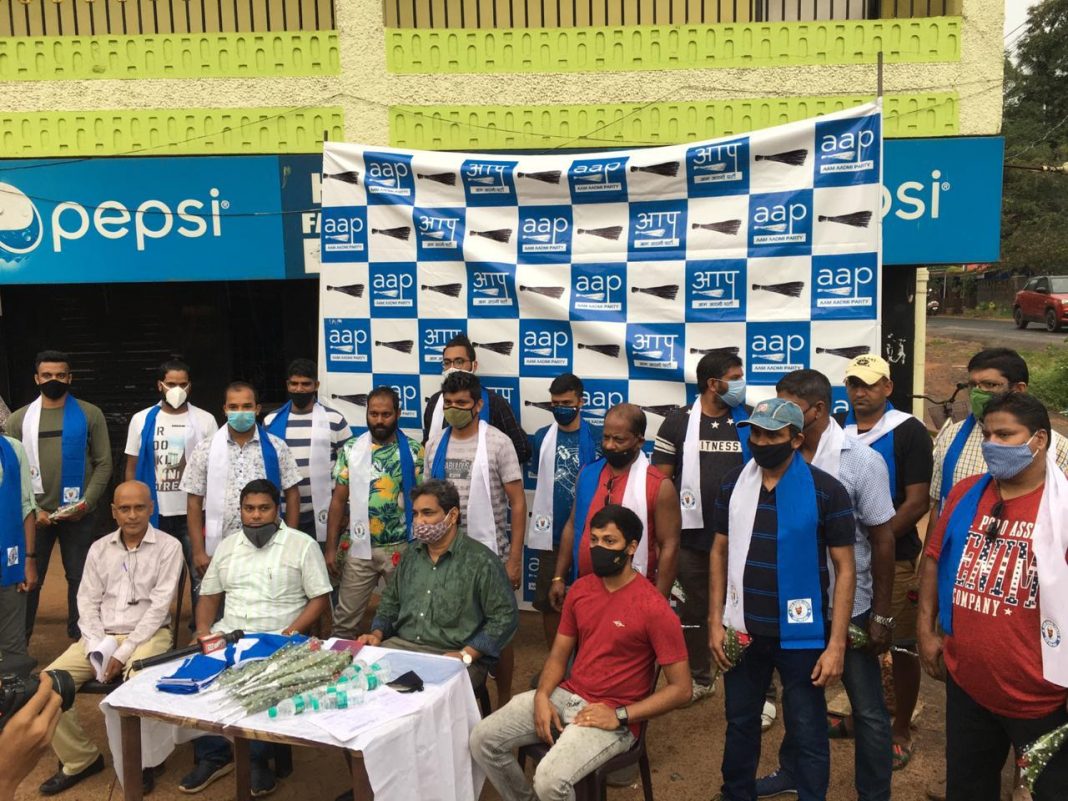 A lot of people from Varca, Benaulim, Cavelossim, Colva and Carmona joined the Aam Aadmi Party today at the function held at Benaulim at 4.30. The initiative was taken by Venzi Veigas of Benaulim who initiated the entry of many residents of these areas into the Aam Aadmi Party. AAP Leader Rahul Mhambare welcomed the new members with a positive gesture expressing a hope that more people shall join the Aam Aadmi Party in the days to come.
In his address, AAP leader Rahul Mhambare said that many people from Benaulim, Varca, Colva and surrounding areas were impressed by the work done by the party during the consecutive lockdown and Corona pendemic situation and have built faith in their hearts about the party. He further said that he and other volunteers of the Aam Aadmi Party welcome the new members with a warm heart and open arms and let us work to make Goa free from corruption, abuse of power by the current government.

Previous articleMukesh Ambani pitches for push to manufacturing
Next articleOther issues to focus on, rather than hurrying with double-tracking of rails, Alexio Reginaldo to govt