Santan Sanstha claims Shripad Naik has supported them in their work 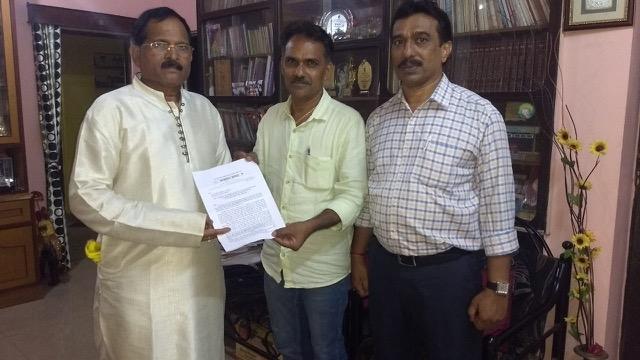 Hindu Janajagruti Samiti, a sister concern for Sanstha, in a press note issued here has said that they had met Naik at his residence with the memorandum during which he gave his support to the institution.

“Sanatan Sanstha should ignore it’s opposers and carry on it’s mission. Those opposing Sanatan cannot cause any harm to it,” Naik said according to the press note released by Sanstha.

The seekers of Sanatan recently met Central Ayush State Minister Shripad Naik at his Goa residence to submit a memorandum against the probable ban on Sanatan Sanstha.

At this time, Central State Minister Shripad Naik expressed his above opinion.  Pramod Nanoskar and Raj Borkar handed over the memorandum on behalf of Sanatan Sanstha. Likewise, a similar memorandum  was presented to Dr. Pramod Sawant, Speaker of Goa Assembly recently.

This memorandum states that Sanatan Sanstha and its seekers are striving selflessly for more than past 2 decades to spread and propagate Hindu Dharma to create awareness regarding Spirituality, spiritual practice, culture and the Nation, in the society.

Go-rakshak from Naala Sopara, Shri. Vaibhav Raut was arrested by the ATS on April 9th night. The ATS has claimed that explosives were found at his residence. Out of those arrested, none are seekers of Sanatan Sanstha, yet shallow, baseless demands for a ban on Sanatan Sanstha are being made by some political parties, organisations, the so-called progressive, Muslim leaders, etc. It is wrong and unfair to demand a ban on Sanatan.