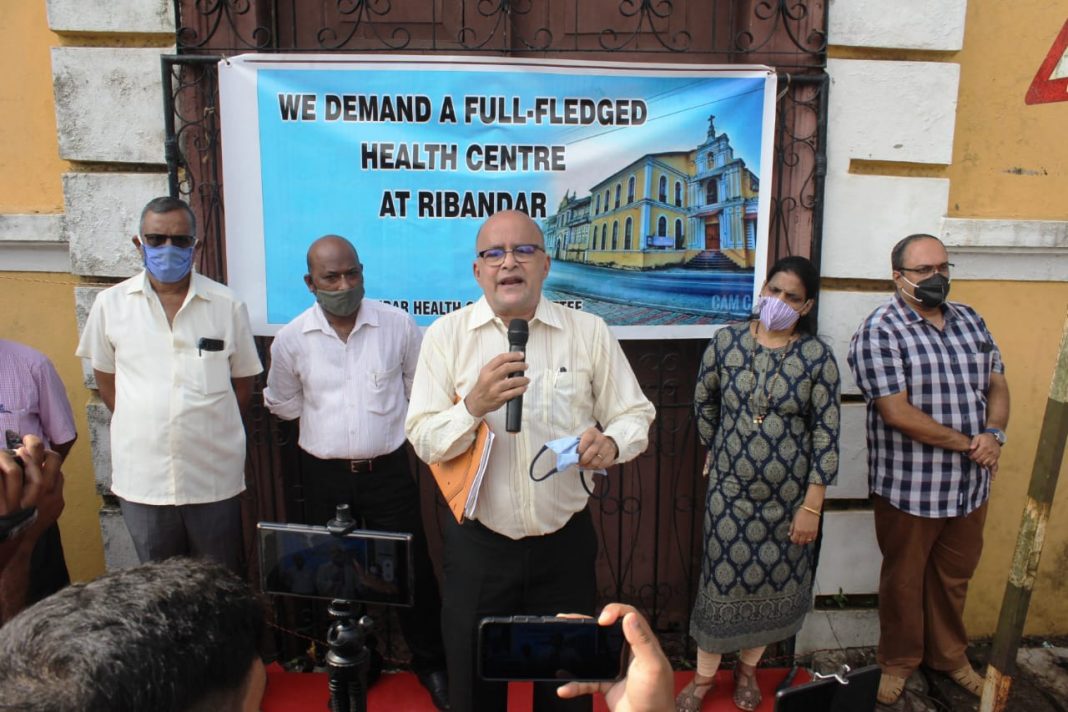 The 11 member core group of the Ribandar Health Care Committee headed by Convenor and local Corporator Rupesh Halankar at its meeting held today rejected the proposal of the Chief Minister to convert the Old Ribandar Hospital into a mere Primary Health Centre.

Adv. Aires Rodrigues has stated that the committee was of the firm view that the unanimous demand of the people was that a fully fledged Health centre be set up at the old Ribandar Hospital with all possible medical facilities and health care services.

Pointing out that the Ribandar hospital was Asia’s first established on 13th December 1867 and had a very glorious history, Adv. Aires Rodrigues has stated that this priceless heritage structure needs to be preserved at all cost and that there was need to maintain history by restoring a fully fledged State of the art medical centre at the Hospital with all possible health care facilities.

While stating that the committee was of the view that the Health centre should be affiliated and managed by the Goa Medical College, Adv. Aires Rodrigues has further stated that regardless of the nomenclature the Government wants to style it as, the health centre should be a 24 hour well equipped facility which should be at least a10-bedded male and female ward medical centre with X-ray, Sonography, CT scan,MRI, Laboratory and other facilities.

Adv. Aires Rodrigues has reminded Chief Minister Pramod Sawant that in August 2017, the then Chief
Minister Manohar Parrikar had publicly assured the residents of Ribandar that he would ensure that within three months full Medical care services and facilities would be restored at the Old Ribandar hospital.

Adv. Aires Rodrigues has further drawn the Chief Minister’s attention that even the current Panaji MLA Babush Monseratte had in his May 2019 by-election manifesto had  promised the people  a 24X7 health care centre with a fully fledged casualty unit.

Adv. Aires Rodrigues has also stated that the Ribandar Health Care Committee had also highlighted the fact that besides catering to the health needs of the very densely populated Ribandar, the medical centre would also benefit the residents of neighboring Old Goa, Corlim, Divar, Chorao, Merces and Chimbel.