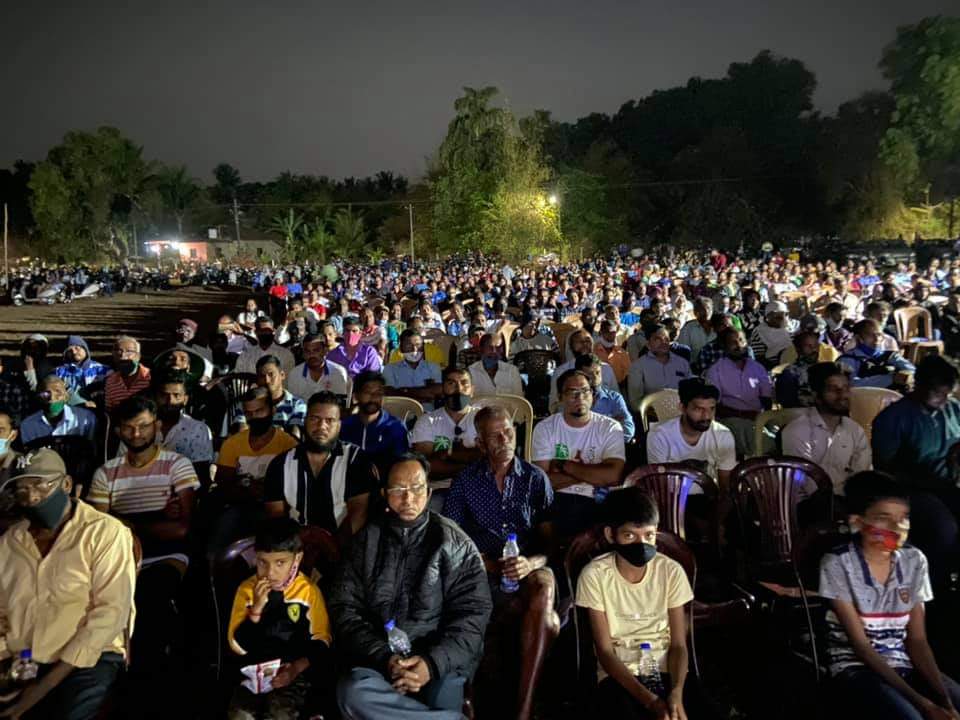 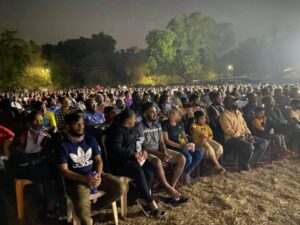 Viresh Borkar spoke on How difficult it was to build this Revolution, he mentioned the pains they have been through to get this so far, “We had faced a lot of criticism when we started Revolutionary Goans, but today Revolutionary Goans have reached every village and every house and now this Revolution is unstoppable”, also there is a lot of misuse of government machinery around Revolutionary Goans. He also mentioned that members of Revolutionary Goans are been offered money to back out from this Revolution he to which he quoted “Don’t Try to buy our Revolutionaries they aren’t for sale, nor our Revolution for sale”; Said Viresh Borkar
Shrikrishna Parab addressing the gathering said, ”The biggest problem Goa is facing today is unemployment, but Government is not ready to solve this issue. There are many Industrial Estates and companies in Goa but Goans are unemployed”; Revolutionary Goans have always been focusing on a self-sustainable Goa or demanding jobs for Goans but there were turned to a deaf ear. Shrikrishna also added on the “MLA of the Maem Pravin Zantye seems is missing from the last 5 years and this is the case with all the MLAs they only visit for the public for elections” Shrikrishna signed off by stating that The Government of Goa and its Governance is a complete failure”, and Shrikrishna Parab handed over the stage to the Manoj Parab.
Manoj with a huge delight said that he was extremely happy to have this meeting in Mayem, as it was the first corner meet in Bicholim, he further told that this meeting was supposed to be held in December but Government denied their permissions. Revolutionary Goans have always faced an issue with regards to the meeting permissions and they always seems to struggle for their permissions.
Manoj Parab said that it hurts him when Goans are being trampled over by the Migrants & The Government. We need to think to ourselves how the Government has exploited us and made us modern slaves. Goa is facing such huge cries like unemployment, debts, migrant menace, but the Government is just sleeping. There is no policy with the Government for the betterment of Goa and Goans.
The mining dependents are suffering from no income for years still the government has not resolved the issue yet, Why and what is taking so long questions Manoj Parab. Is the policy to restart mining in place or is the government just giving fake promises?
Manoj Parab stated the government is speaking of Development but who is this development for? Who is benefitting from this Development? If Goans are not having benefits Why is it in Goa, as Goa’s resources are used the development has to benefit Goans and not migrants. Speaking on the Government governance Manoj stated that the “MLA only knows the people during the election time, but when the people are facing issues there is no one reaching to their aid. There is no transparency in the Government and the Government services, As Revolutionary Goans have moved in politically Manoj stated that if they come into power Revolutionary Goans will ensure a transparent government and a Government for the People and by the people”
Revolutionary Goans will stand by the interest of the people. As when We started this Revolution 4 years ago; we dint think we would go far, but today there is a force which is driving us and that is the power of the people and we should think to ourselves How will we save Goa from this monstrous Government and take an active part in this revolution and he believes that Every Goans should be a proud Revolutionary Goan.
Manoj Parab signed of the Corner Meet in the signature style of Revolutionary Goans by waving their flashlights and saying, Uzzo.